Michel Chevreul’s  1839 publication of The Principles of Harmony and  The Contrast of Colors became the Guide Book for color for artists as diverse as Delacroix and Winslow Homer.  His recipes for color harmonies, his useful explanations and demonstrations of simultaneous and successive contrast changed the palette of  artists forever. Yes, there were other influential color scientists from Isaac Newton to Goethe to Itten and Albers. But, the game-changer was Chevreul .  Let me show you his chart for successive contrast ( example 1). The after-image color appears as a ghost ring around the original color of observation.  Because our own biology makes complementary colors work; that is they modify each other when juxtaposed, artists can make pictures appear more colorful and radiant. 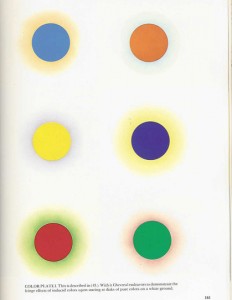 Repeatedly artists have explored the effects of simultaneous contrast recipes. Bonnard was influenced by Cezanne and Monet.  Wolf Kahn’s work stands in line behind Bonnard as does the work of Wayne Thiebaud.(see example 2 and 3 of Bonnard and Thiebaud respectively). Their difference is apparent in their use of color and shape. Wayne Thiebaud plays with perspective disjunctures  while Bonnard’s painting  lets the colors create flat plane of vibration. 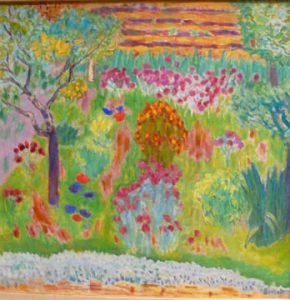 example 3. Thiebaud, notice his use of color opposites especially along edges to create an aura of radiance. 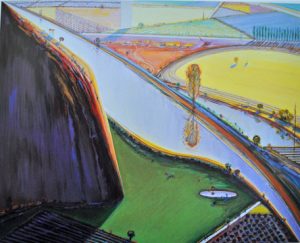 I  push color recession and complementary theory in collaboration with linear perspective distortion as I learned from Thiebaud in this painting of mine “Nasdaq”. example 4. 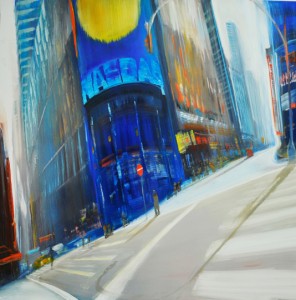 Photography  as well can be enlivened by the amplification of color contrast through complementary harmonies.  In the following examples I will show you the picture as  it was  snapped on location then, followed by the photo as modified in Photo Elements to develop complementary contrast. I especially have been pushing the yellow/violet harmony. 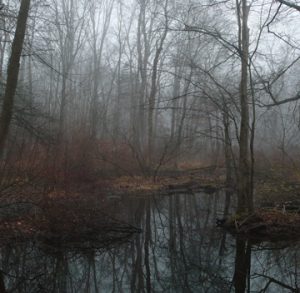 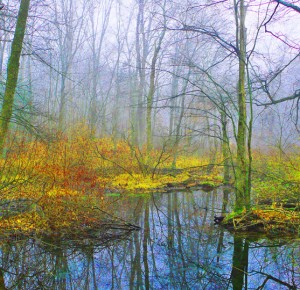 example 7  another original photo as it was snapped: 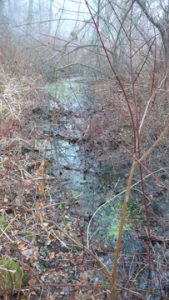 example 8. Same photo with color complements stressed  as well as vertical compression of the scene from a rectangle into a square. 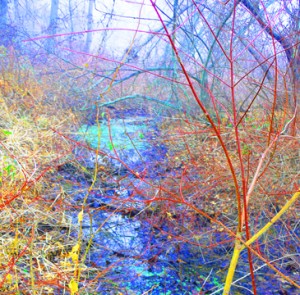 These photos whose complementary harmonies are exaggerated seem tastier to us  and perhaps less melancholic. 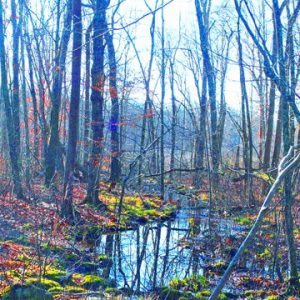 example 10. The  painting  originally derived from previous photo. Painting is 48×48. 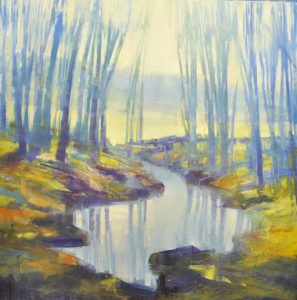 I have tried  experimenting with pushing a particular color harmony  ( violet and yellow for example) when working on an existing painting to create more energy and unity.  In example 11 you see the painting as more of an analogous harmony ( that is colors that are closer on the color wheel(blue and green) versus example 12 which stresses the violet/yellow relationships . I also further dissolve the edges in the second(revised) version as well as build closer values to generate a sensation of radiance.

example 11. earlier version of painting with more blue and green and more articulation of content. 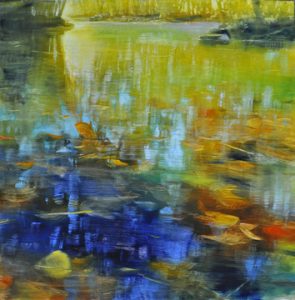 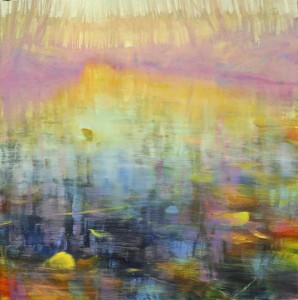 Finally, notice that even the time of day ( morning or afternoon) seems affected by different complementary harmonies. The early version is example 13. The later version is a separate larger painting as seen in example 14. 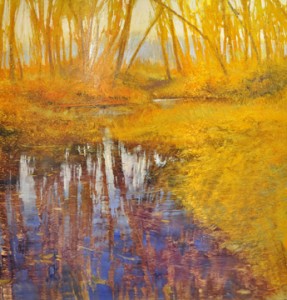 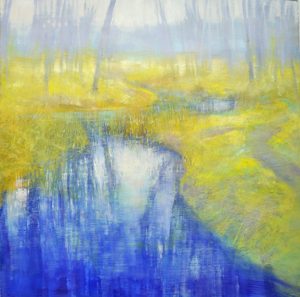