To create the feeling of deeper space consider “Deepen, Brighten, Blend and Extend.” Let’s begin with deepening color. Layered translucent colors work here. They generate darker darks and unify fields of patchy color which can fracture a painting’s unified feeling of space. Artists from Murillo of Spain to Turner used this process to quickly arrest the viewer’s attention because of our attraction to clear deep color.

Brightening the values will attract the viewer’s attention. By brightening light areas and deepening adjacent dark areas you will discover the darks appear darker and the lights feel brighter. Furthermore, when blurring the bright area’s edges notice the painting has simultaneously acquired a stronger feeling of both atmosphere and depth. (For contrast see examples 1 and 2). 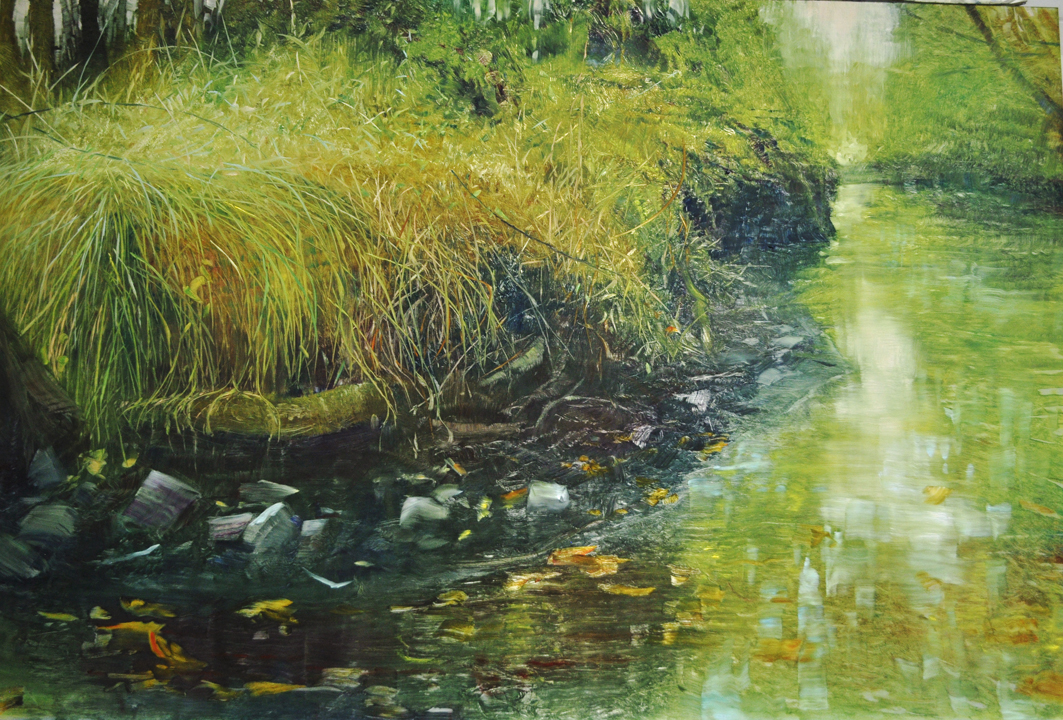 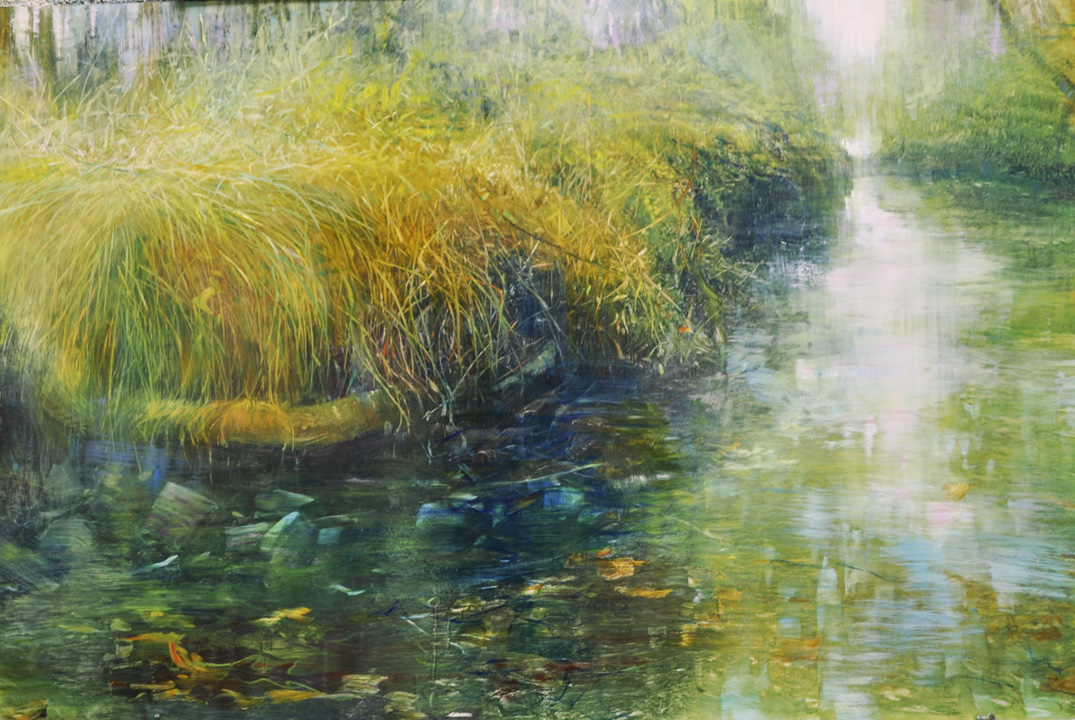 The soft-focus effects were created by gently scumbling and dry-brushing semi-opaque light colors over the top third of the painting. I also expanded the surface of the water to reflect more light across the painting.

The muting of distant dark colors builds more depth when the colors in back were lightened and de-saturated. This reduced the contrast between light and dark.  Reducing contrasts gives a greater feeling of depth to any picture; it’s how our eyes work.

As long as the newly applied light pigments do not mix with the lower areas’ translucent darks the painting will acquire depth.  Don’t sacrifice the painting’s deeper colors. Remember, like birds and fish we are attracted to rich color when in contrast with its surroundings.

Let’s consider how else to extend a paintings psychological effect through  deeper space. In examples 3 through 5 see how an initial painting evolved into an image with deeper space.  The foreground has deeper colors and a higher ratio of contrast between dark and light. The foreground also has more sharp edges. The shapes get horizontally thinner and paler as they move into the distance. See in the earlier versions how the space was prevented from extending itself because there were too many unblended intervening shapes.

The vertical forms in the distance blocked our view and prevented a bigger feeling of space. They had to be removed. More passages into the rear space had to be added.

Example 3. Phase one, step one of “Distant Shorelines” 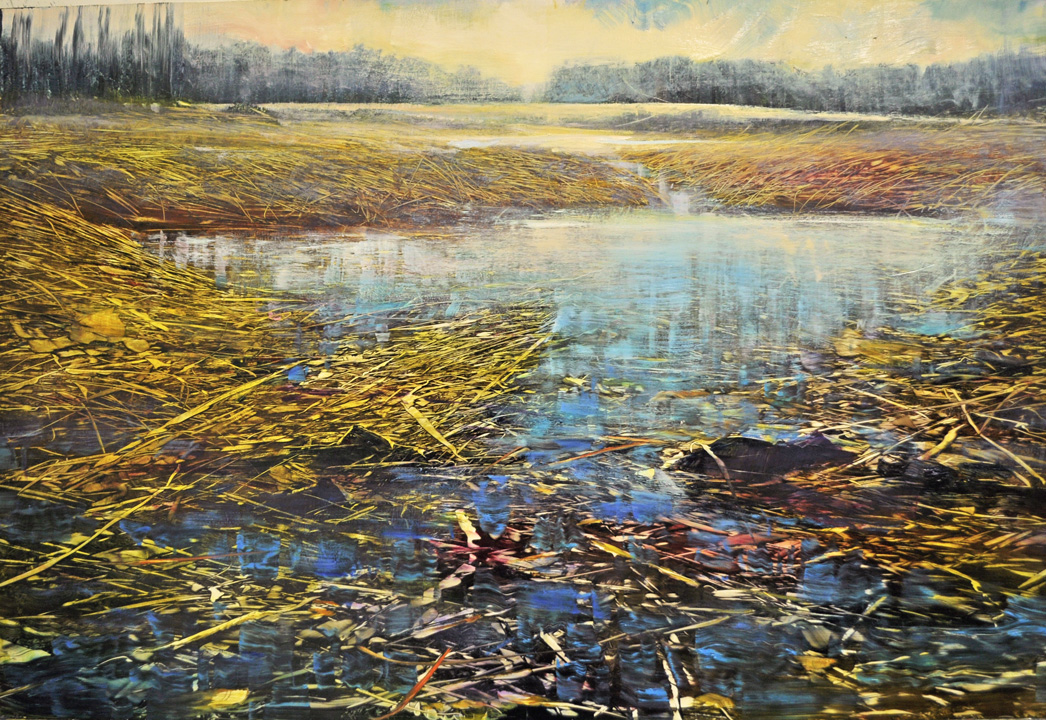 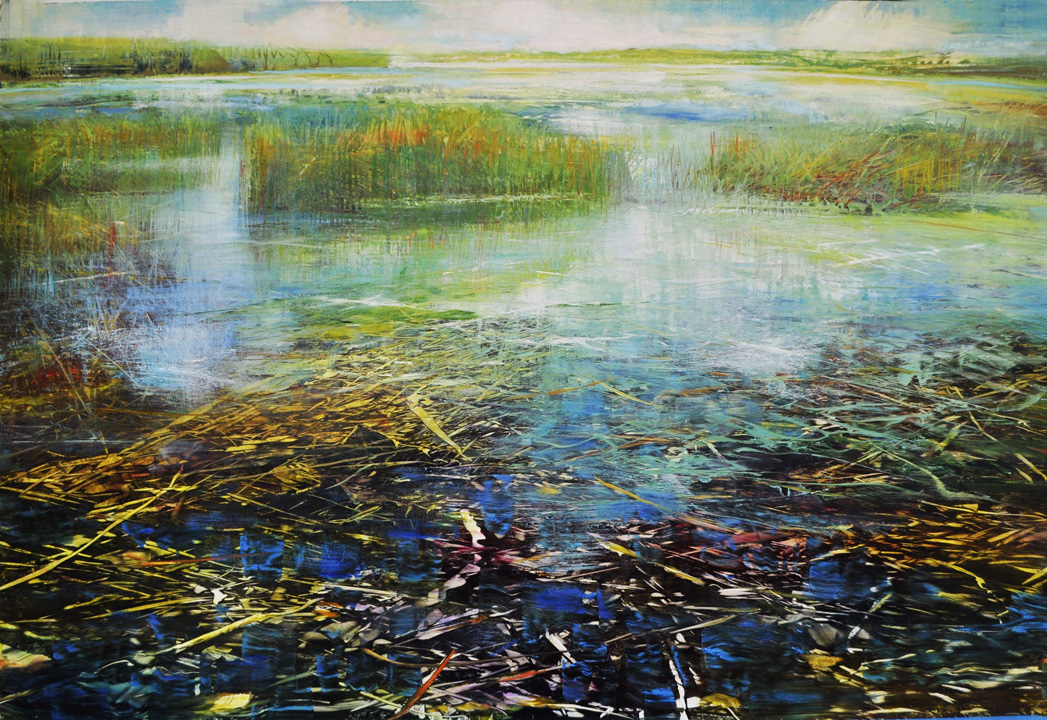