The drama of waves crashing against rocks attracts us with its bright contrasts of sunlight and shadow, its dynamic continuity, always changing never static, its theatrical thunderous sound, and,  its sparkling explosions.

We are biologically hard-wired to attend to high contrast events like this. They steal our attention because of the possibility of peril and delight us for the same reason. We do not turn away from a subject so historically popular in art history. We recognize its aesthetic possibilities.  This drama offers an infinite aesthetic menu.

Just as Rembrandt played with wild untamable waves artists have continued to be enthralled with the subject while pursuing varieties of styles, concepts and depictions. From the 1930s I have two different examples.  In example 1 look at N.C. Wyeth’s stylized, crashing waves.   In example 2 consider Abraham Bogdanove merging expressive gestures with ideas of abstraction. 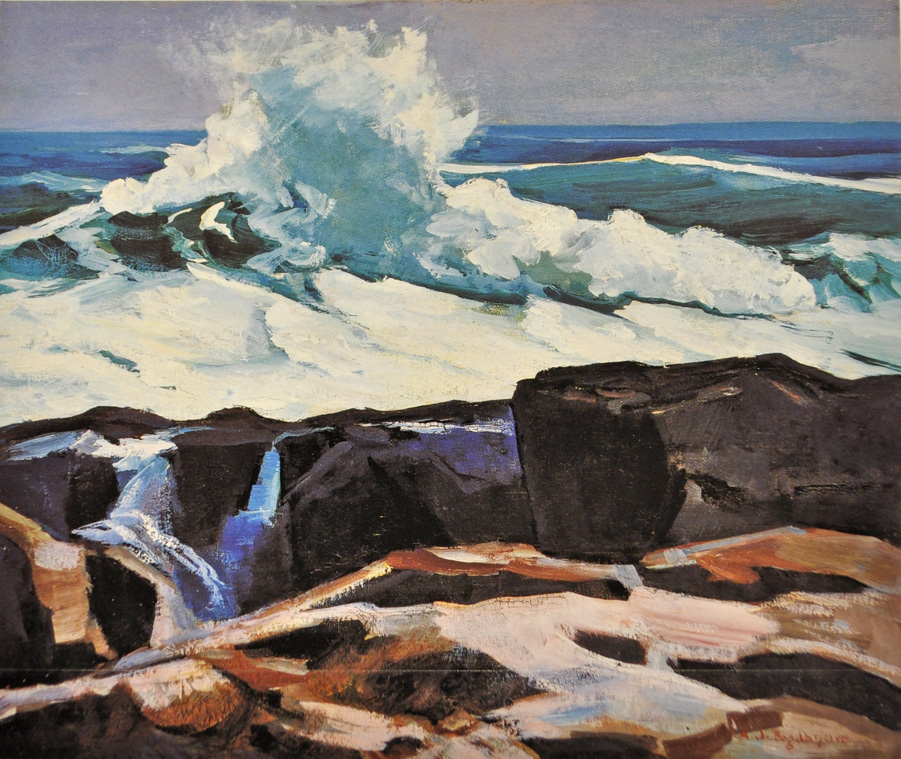 With so many varied historical precedents to react to I have tried my own approaches. Example 4, “Waves in Moonlight” is one of my paintings from earlier this year. I can trace many influences such as Andrew Wyeth’s watercolor “Coming Storm” (example 5) and other night wave paintings by artists like Winslow Homer. 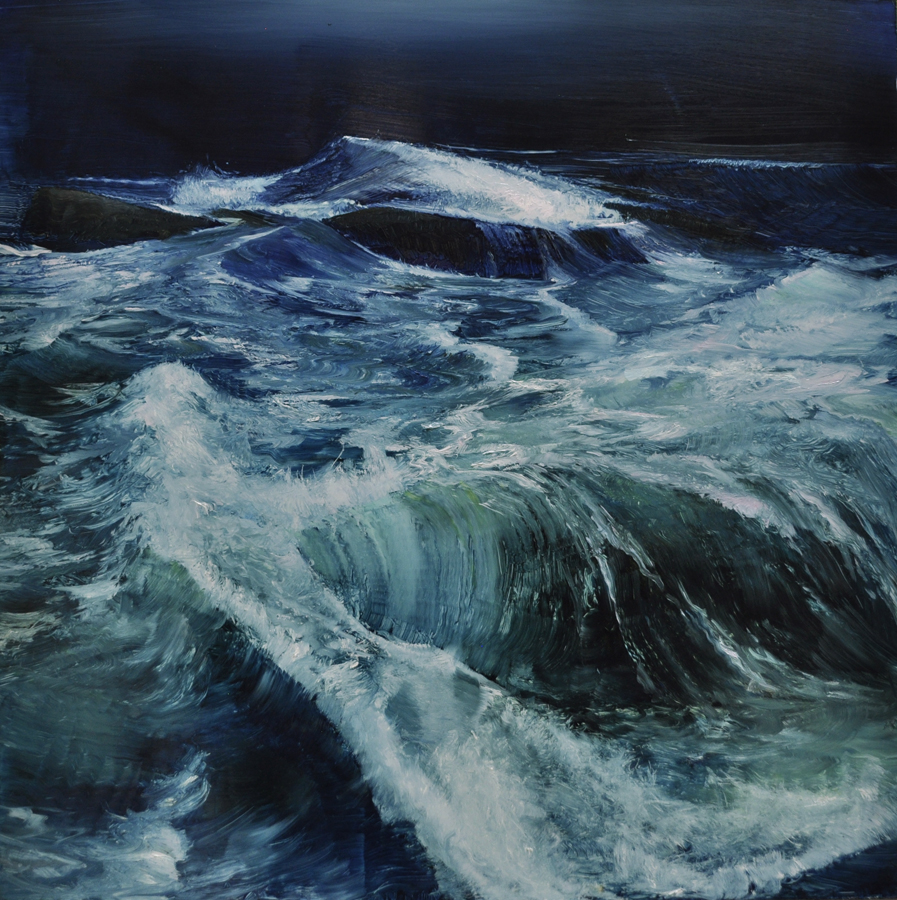 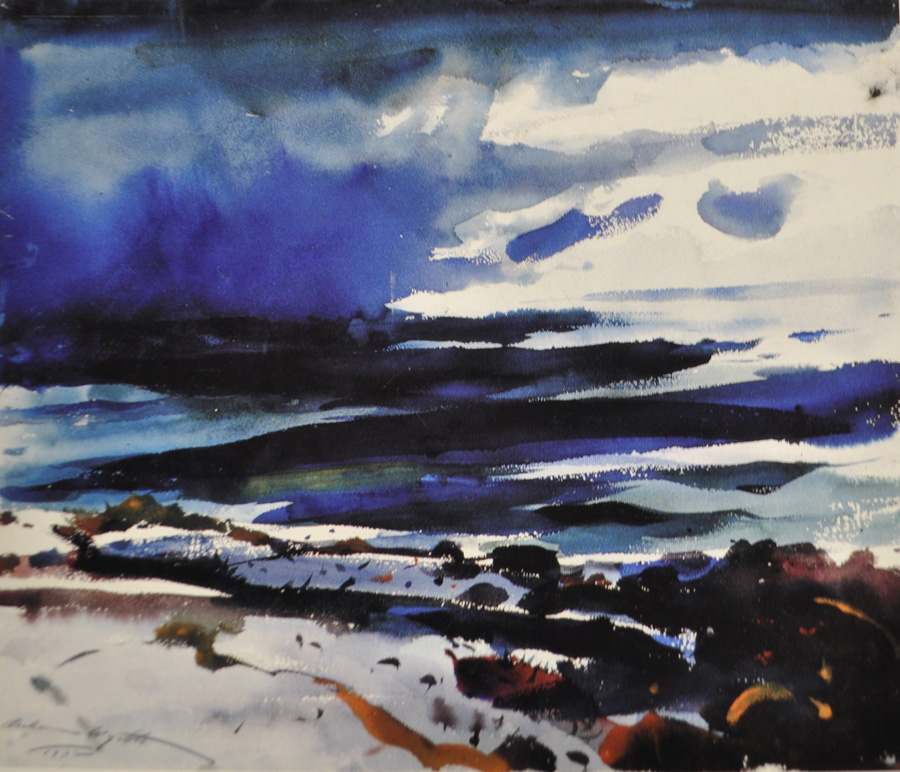 My following step-by-step examples present a mid-morning, brightly sunlit image of waves approaching rocks, not yet engaging them. Example 6 represents an early stage of the painting. Example 7 presents step two and, Example 8 presents the image in its current state. 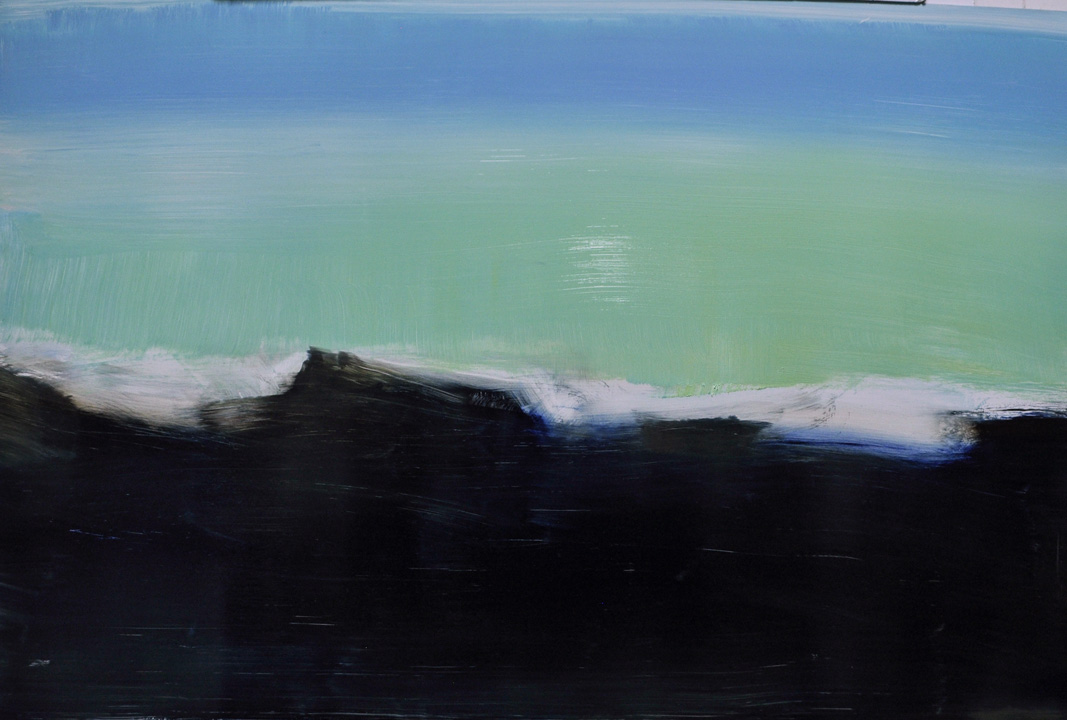 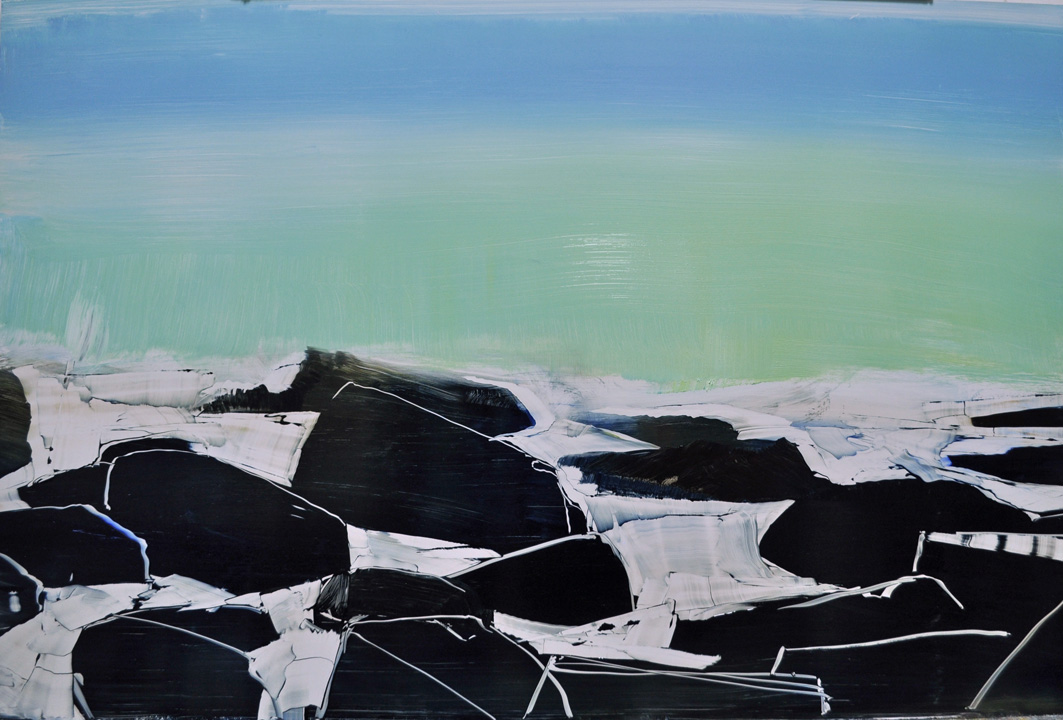 Example 8. Step three and the current state of the painting. 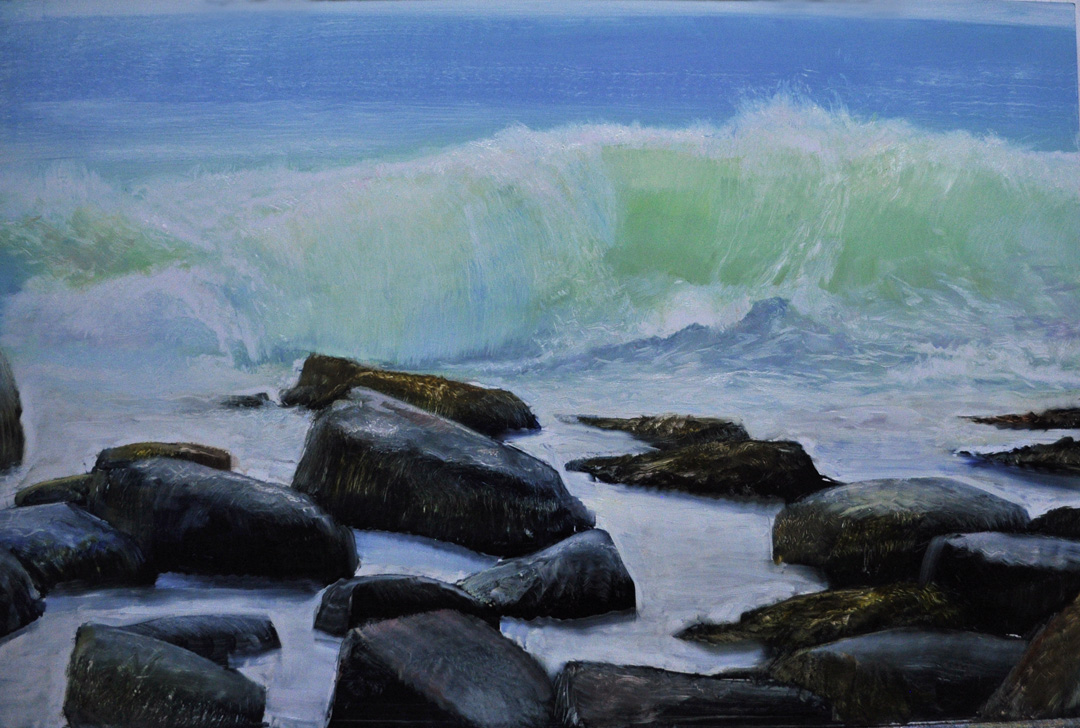 I have a few openings in my Raliegh NC workshop at the Centerpiece Gallery. This is a three day workshop covering historical as well as new techniques and ideas. September 11 through 13. Call them at 919-838-8530 or, [email protected]