In printmaking studios we find artists layering their works through different states. Each new layer can be referred as the next “drop”. This process drops a sequence of layers over the previous image.  The imagery conflates. Spacial effects deepen. The process delivers surprising new abstractions as it departs from the original image. Similarly, painters often follow this same journey of discovery.

Between each layer lies an opportunity for analysis and a reckoning with apparent weaknesses in the image.  The following examples present the sequence of layers through various stages accompanied by diagnostic diagrams.

In the following example we trace the journey of “Pastel Sunlight”, 24×24 oil on Dibond. Example 1 presents a schematic design of image in its original form as represented in frames #1 and #2 in the diagram.  Example 2 presents the first step in the painting, the initial laying-in of broad color patterns.

After further painting I grew dissatisfied with the regularity of the trio of light areas in the bottom of the image.  I noticed that the three light incisions along the bottom were too regular and wanted editing and reduction.

I simplified the design and coordinated the upper and lower vertexes as indicated in frame #3 of the diagram seen in example 1.

Example 1. Pastel Sunlight, step one, laying in colors and values, 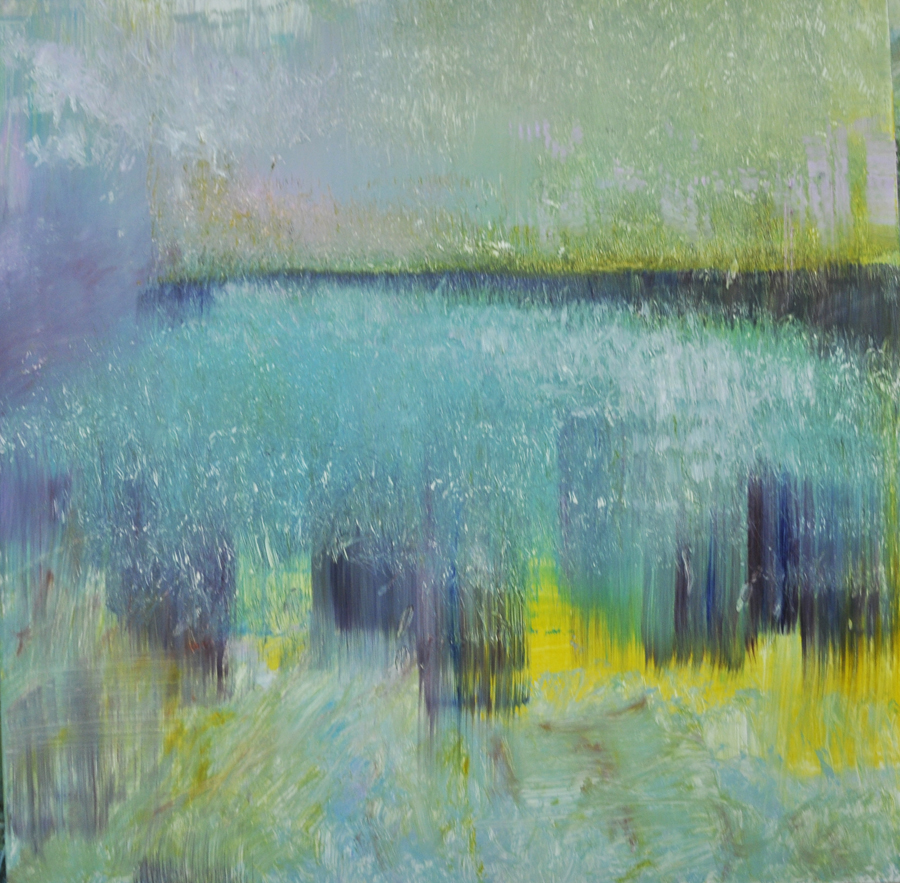 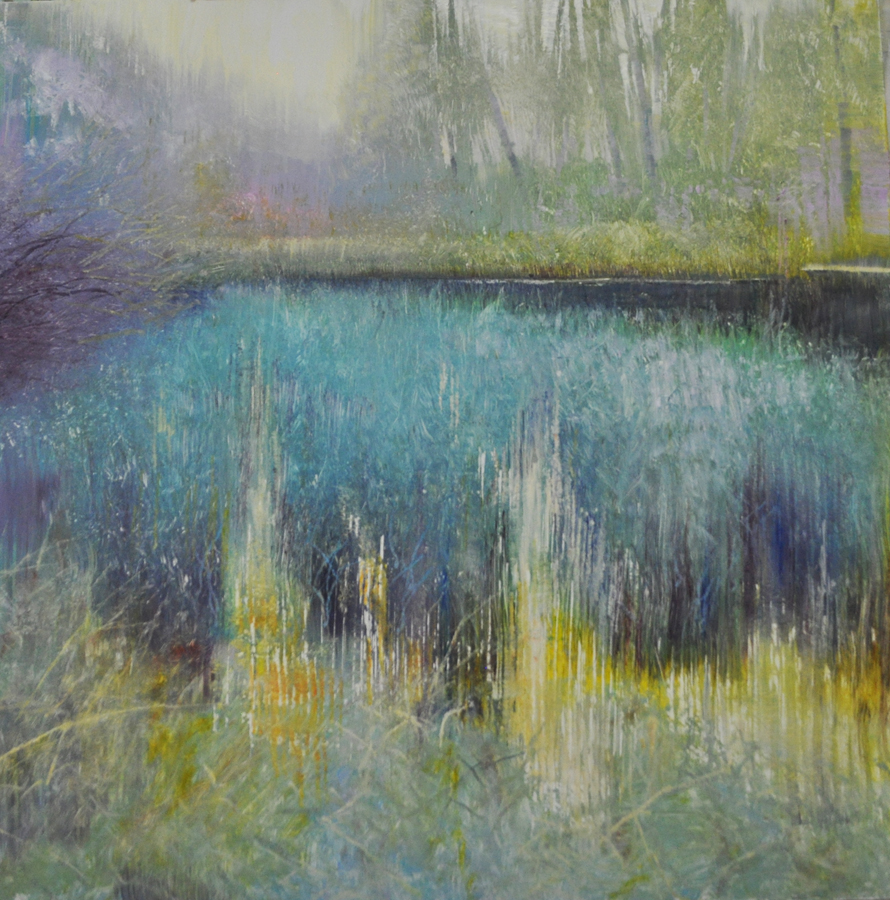 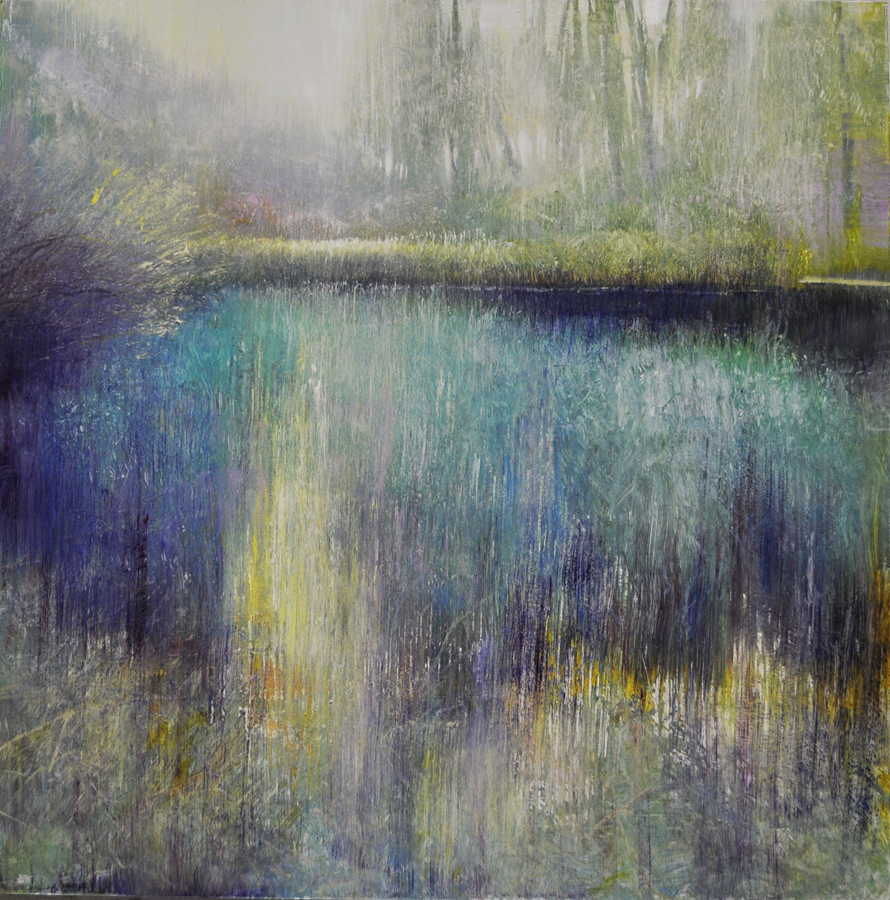 The next painting moves more deeply into the abstraction of natural patterns. This image was born out of layering. This involved the partial destruction of the original image. That image became a point of departure toward further abstraction through layering.

Example 5 presents step my original image which I found to be too neatly divided vertically in half. 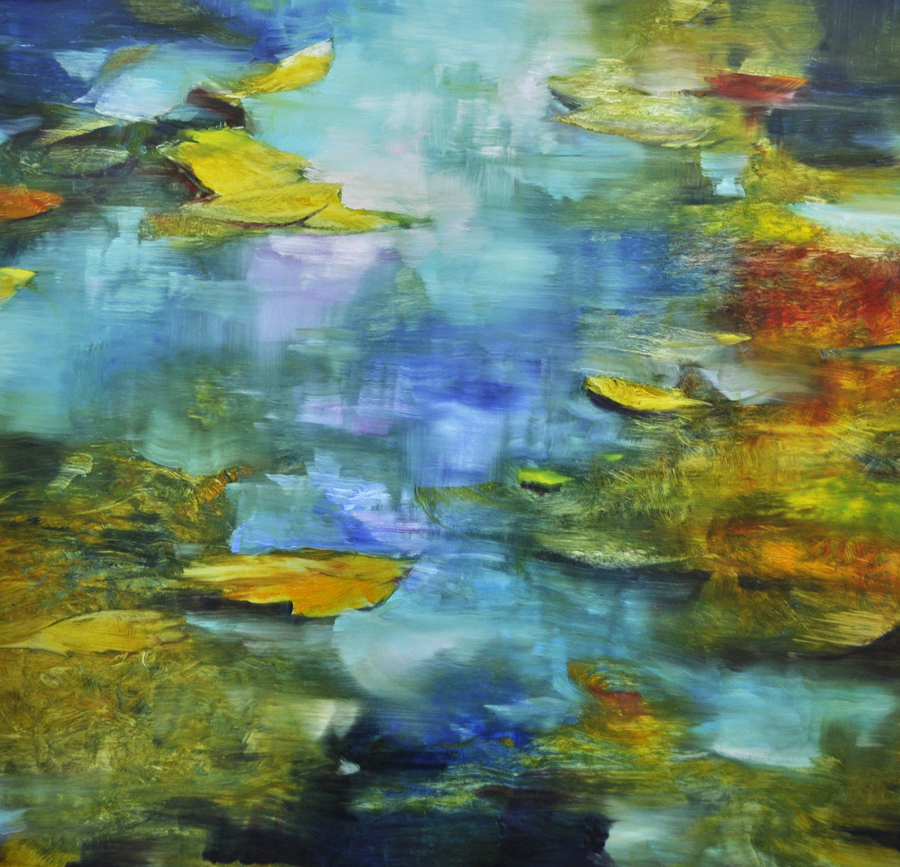 Example 6 is a diagram demonstrating how this image was divided in halves. My solution was to introduce two diagonally crossing serpentine (or, “S”) shapes. I hoped this would glue the design into rhythmic coherence (see example 7).  I interrupted the continuity of the lighter “S” form to further unite the design. This can be seen in the first frame of example 7. 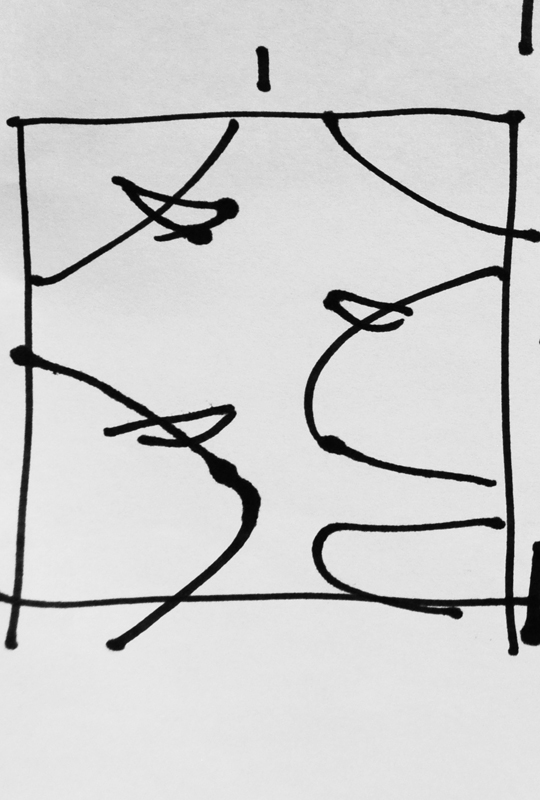 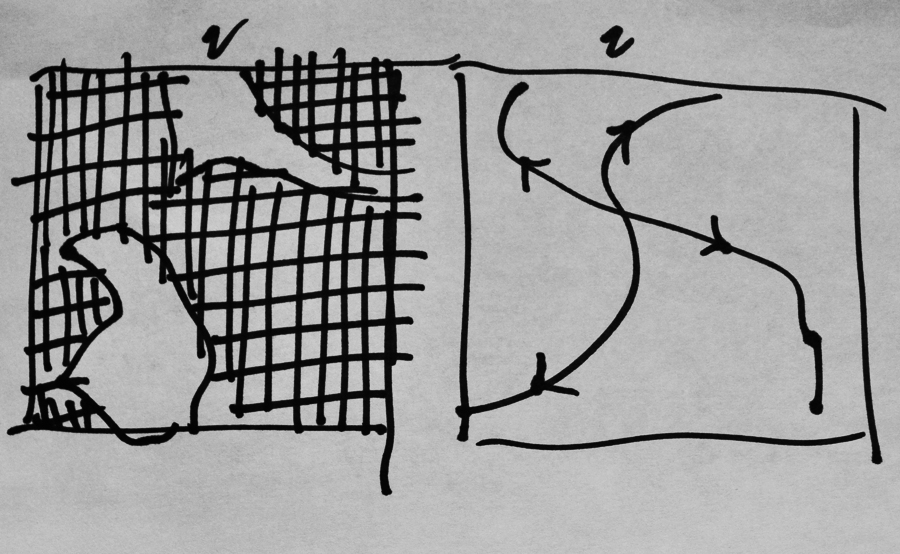 Frames #4 and #5 in example 8 illustrate how I worked to camouflage the overt quality of the design in example 7. I wanted an inferred crossing of serpentine fields not a loudly announced design. I aimed for more subtlety. 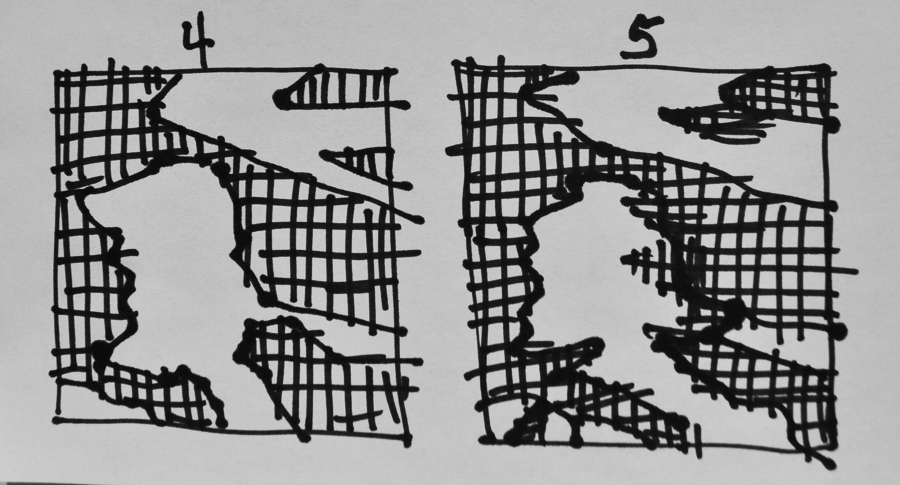 Examples 9, 10, 11 and 12 show my process of working through the design as illustrated.  Note the diagrams were drawn after the painting process. Example 12 presents the image as it currently appears. 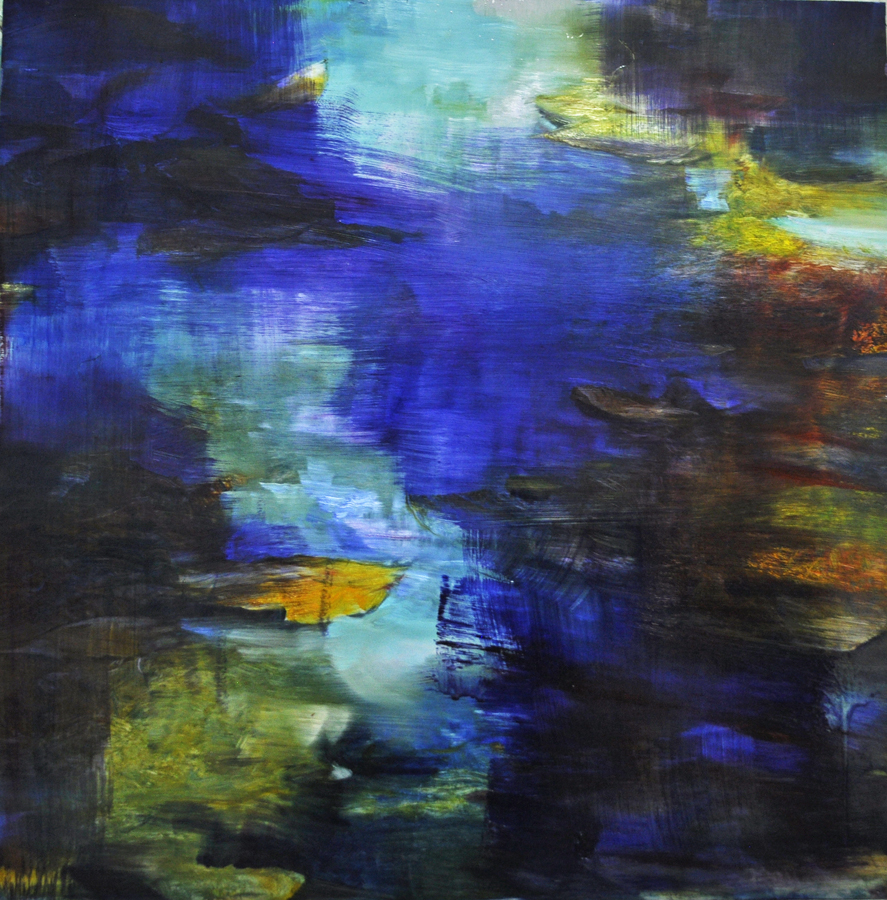 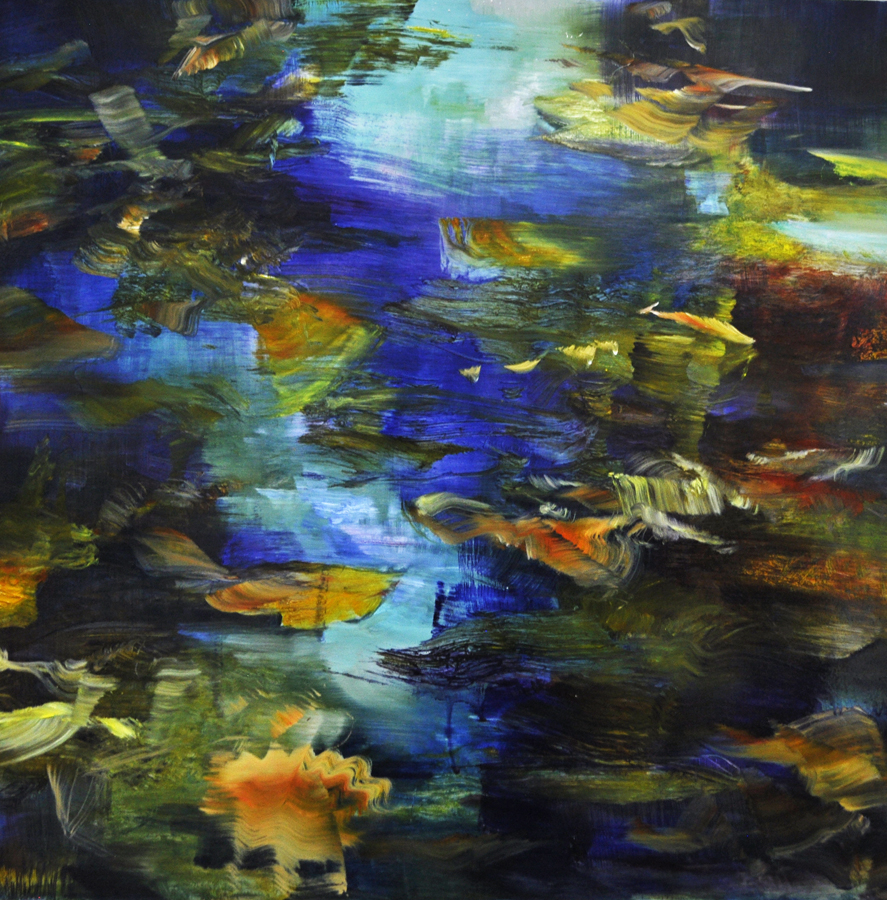 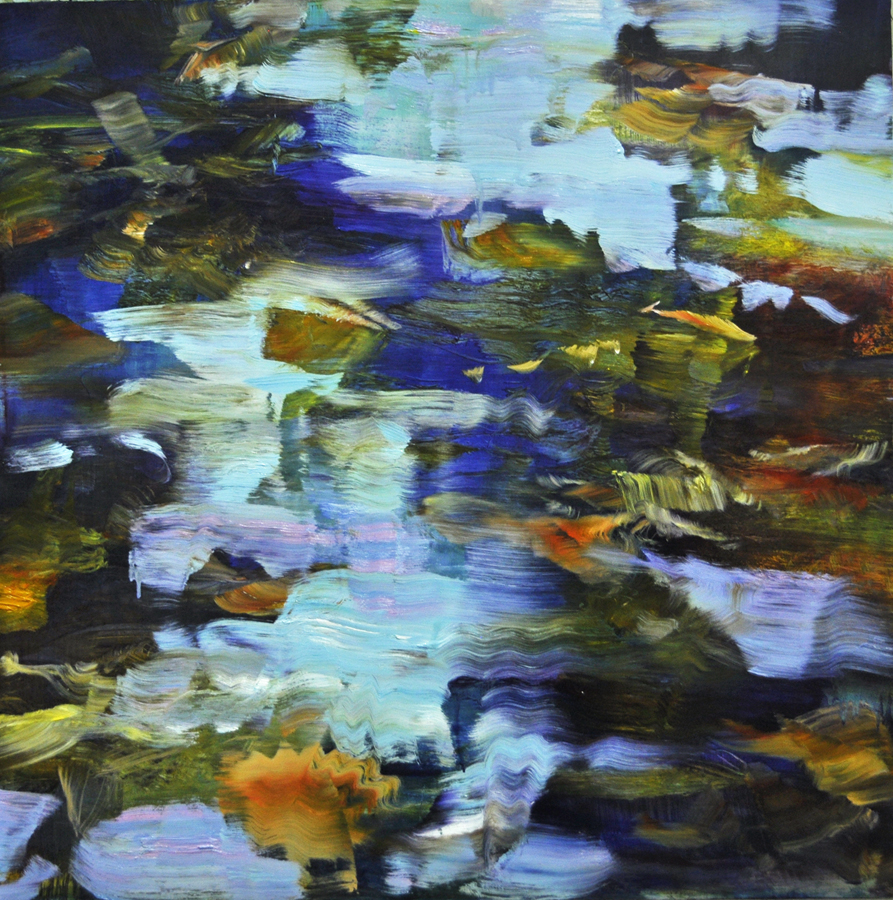 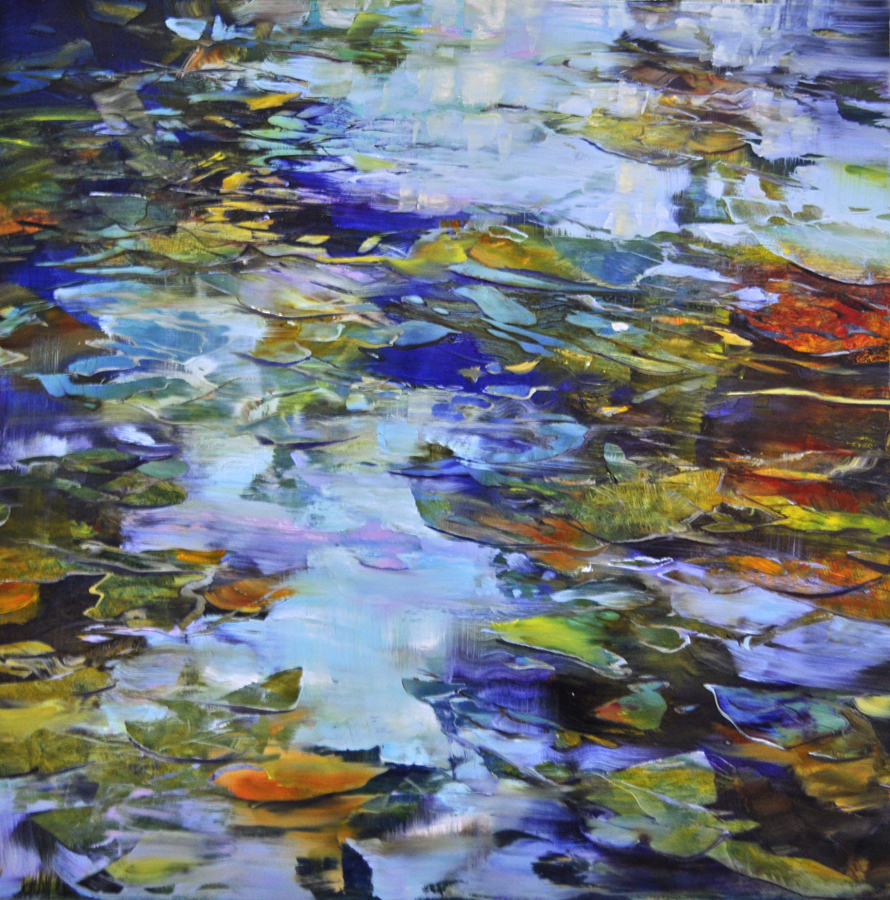 Calendar note: my exhibition scheduled to open at The Drawing Room in Cos Cob, Connecticut on November 23rd has been postponed until the Saturday after Thanksgiving, November 30, at 6 PM.  I plan to give an artist talk at 6 PM with a reception to follow.