With modern Cities came paved streets. With smooth and wet paved streets artists found new visual menu. Rain hits the smooth surface and spreads out like glass as it searches for depressions and flow opportunities.  On relatively level surfaces rainwater flows in shallow reflective sheets. These sheets of rainwater become vibrating mirrors of the city’s life, an alluring sparkling visual phenomenon to artists.

Keeping the streets flattened and free from ruts continues to be a major task of urban governments. In the late 19th century we could see the result of these efforts in Paris.  Artists like Pissarro tried to catch the experience of the roadway’s pool reflections while simultaneously evoking the sensation of a misty rainy atmosphere. Soft, pale pastel colors were the ticket as you see in example 1, a detail by Pissarro of Paris in the rain.

Example 1. Camille Pissarro, detail from a painting of Paris in the Rain, 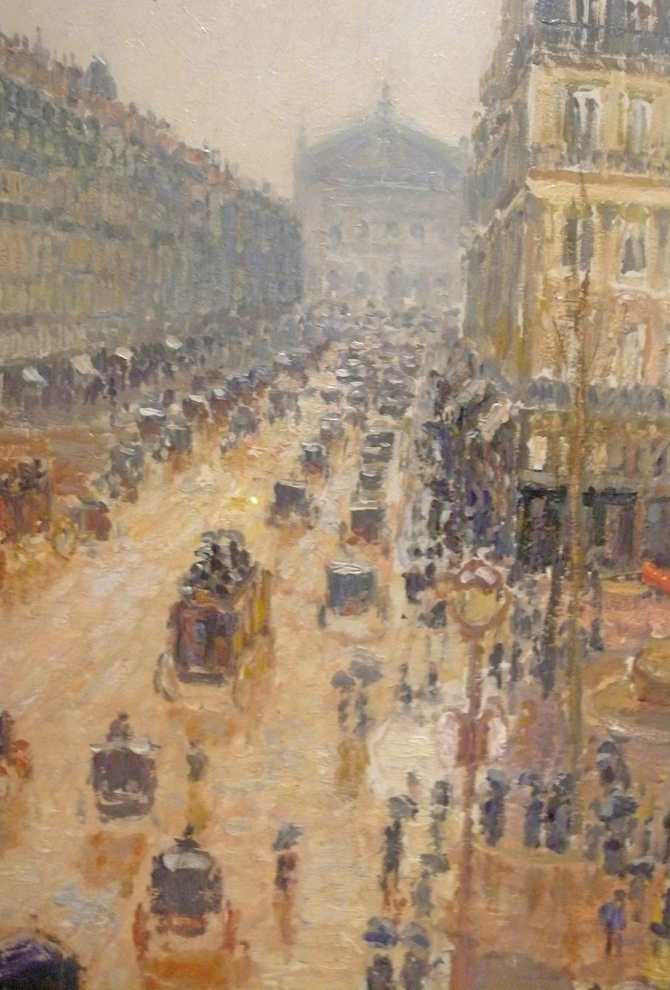 In the first decade of the 20th century American Impressionists would find their city streets becoming more hospitable to both vehicle traffic and pedestrians with their improved flattened avenues and sidewalks. In 1907 Paul Cornoyer applied the lessons of impressionists (example 2). Here again are soft blurred misty effects suggesting wet weather and watery reflections on the sidewalks. 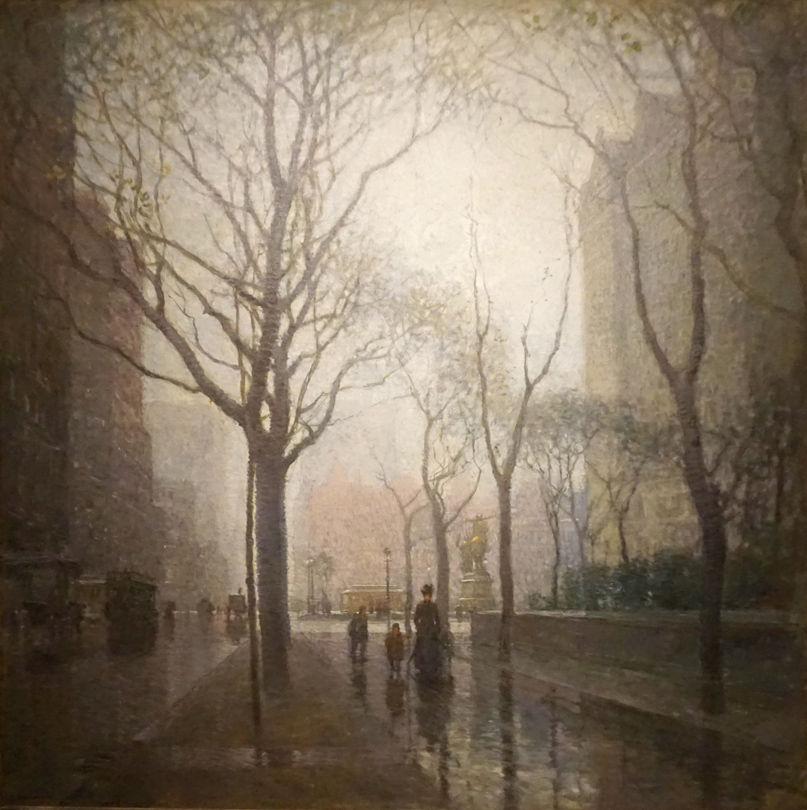 The dynamic activity of the weather and the watery streets with their incessantly changing reflective patterns are alluring to me too. How to suggest the kinetic activity of the infinitely changing reflections appealed to me. I chose brushed silver Dibond as a substrate. It already has baked in reflectivity. I began painting this surface monochromatically allowing exposed slivers of the brushed silver to be exposed through the paint (example 3). In example 4, I took my cue from the impressionists and overlaid a fuzzy net of complementary colors, lavender and yellow. Their juxtapositioning gave a soft luminosity to the image. 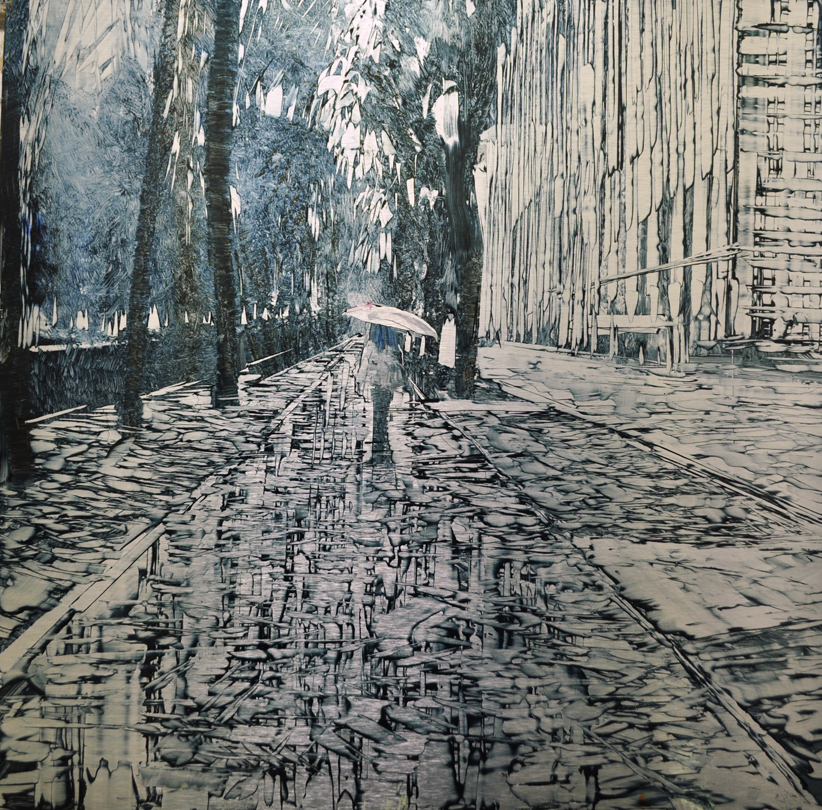 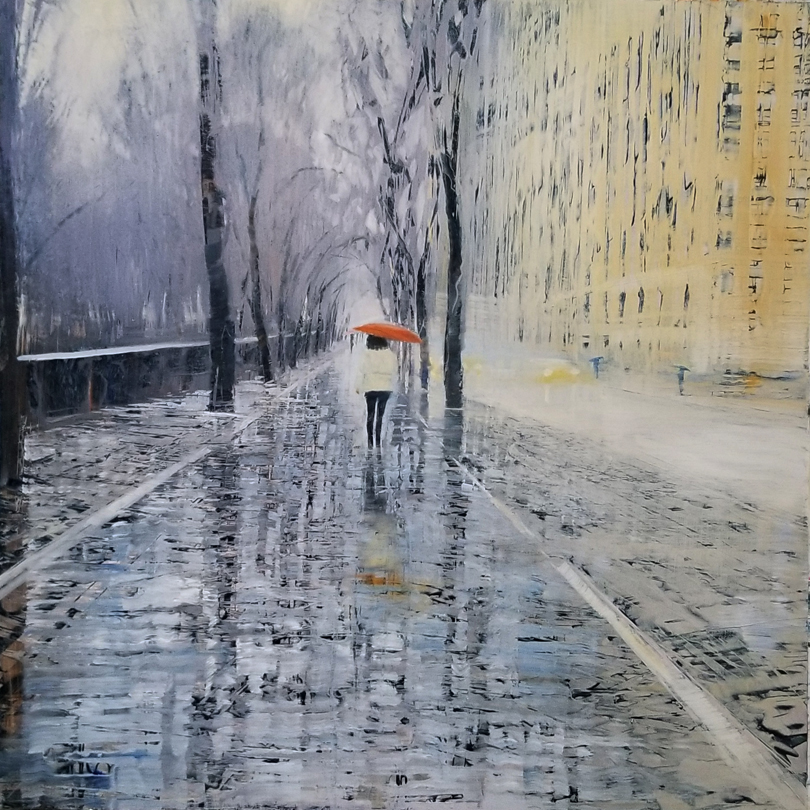 In my final example “Times Square Electric Rain” I cast the hotter electric colors of the Square’s lights onto the streets, flashing their blurred colors around and under the passersby. The passersby served to anchor the chaotic lighting to recognizable but, blurring shapes. 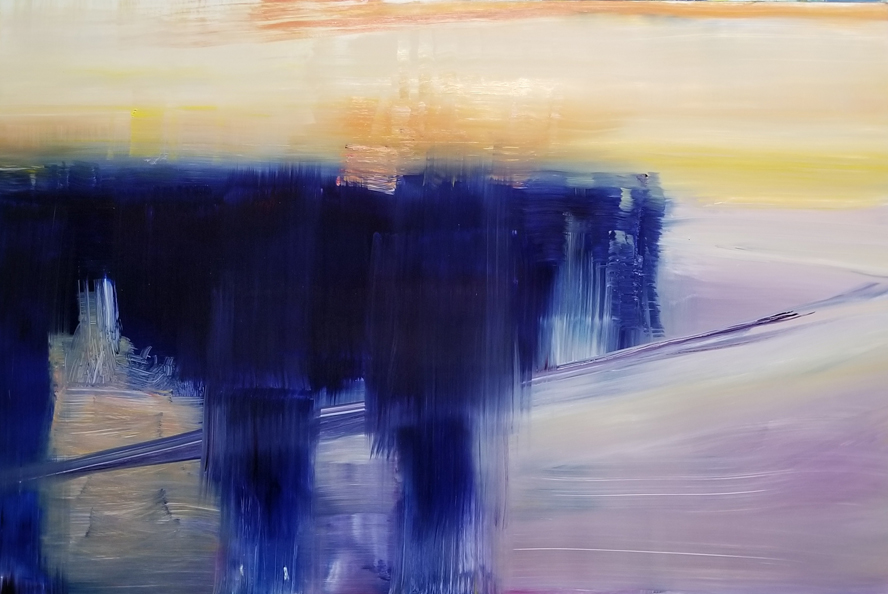 Example 6. Step two; I began finding the shape of the crowd and a few outliers. 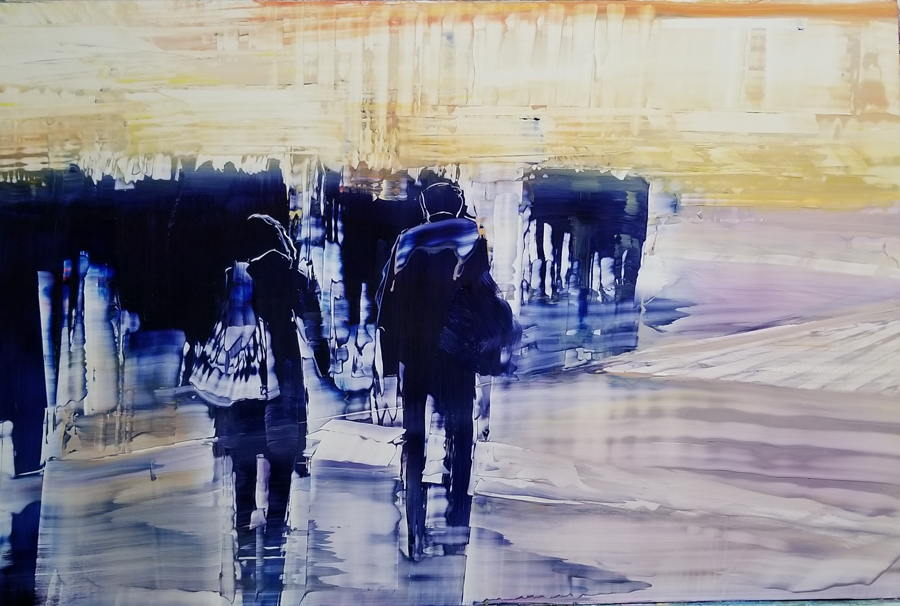 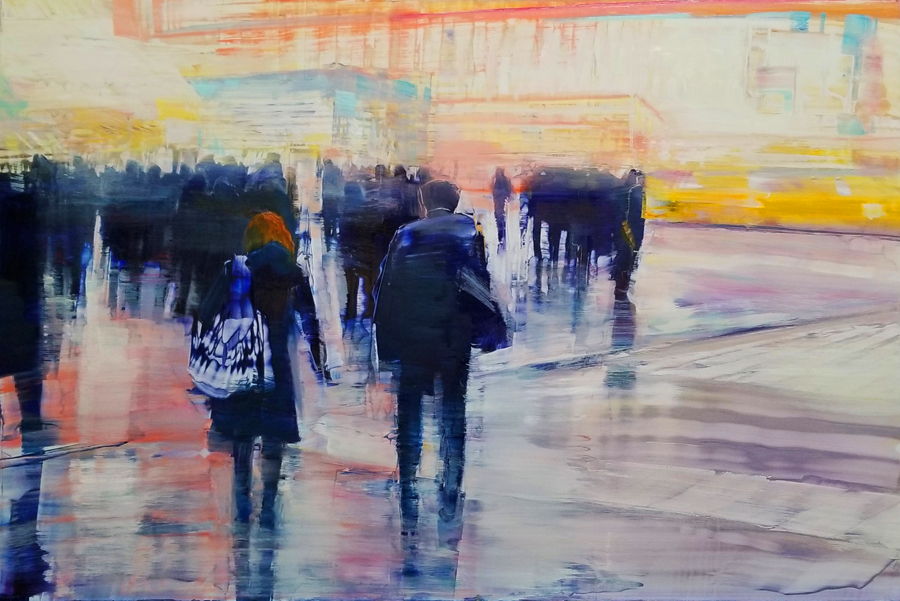