Whether layering with perspective patterns or amorphous clouds of color or both,  an artist can create an experience of adding deeper space to an image. Mark Rothko layered almost edgeless shapes of color until the surface hummed with its own light and space. His lack of hard edges prevented legibility and increased a vibrating feeling of color.  Pierre Bonnard, an influence and predecessor of Rothko’s created vibrating fields of color within edges, edges that vibrated with oscillating complementary color relationships (example 1). 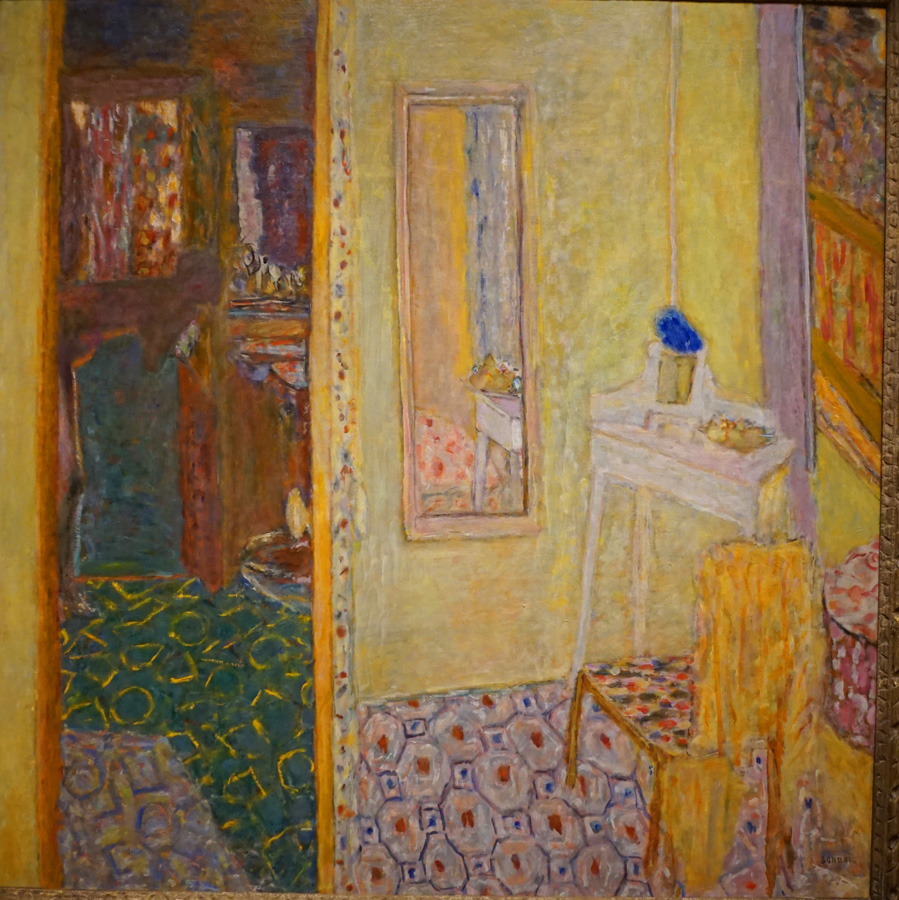 Another artist like Wayne Thiebaud kept some harder edges as borders for color shapes.  But, even without color his edges can be layered, overlapping and dense. Their effect contributes to the feeling of deeper space (example 2).

First, I will introduce you to my photo of an approach the Brooklyn Bridge (example 3). It is one of many similar images which will be distorted, colored and mutated using line/edge and color distortions and exaggerations. I layer perspective distortions and mix them with color contrast exaggerations as you will see. We will do this step by step.  As the color contrasts are strengthened so are  layers of linear complexity (example 4, 5, and 6).  In a previous blogpost I showed a couple of these earlier steps.

Example 3. One of the set of original photos (step one). 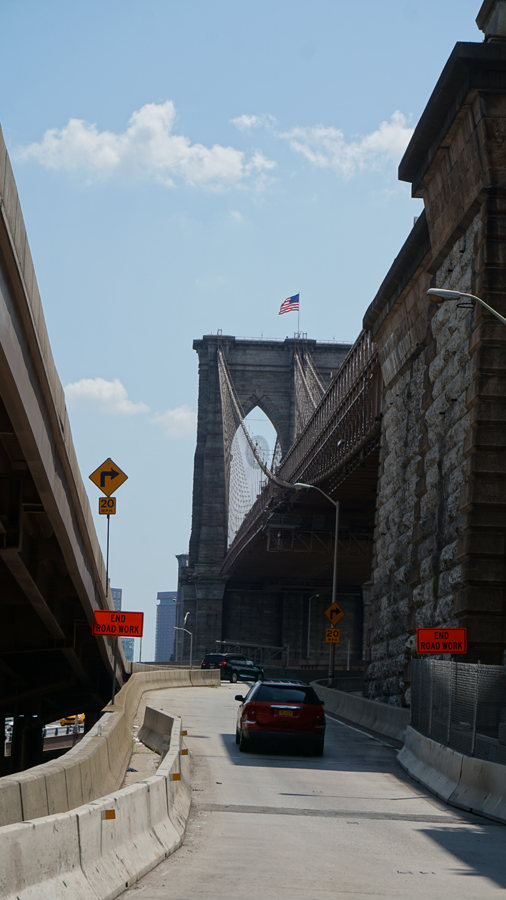 Example 4. Here is a later step (we’ll call it step 2) in the painting of the “Brooklyn Bridge Undertow”, 36×36, oil on Dibond.  This step still shows areas from an earlier under-painting. 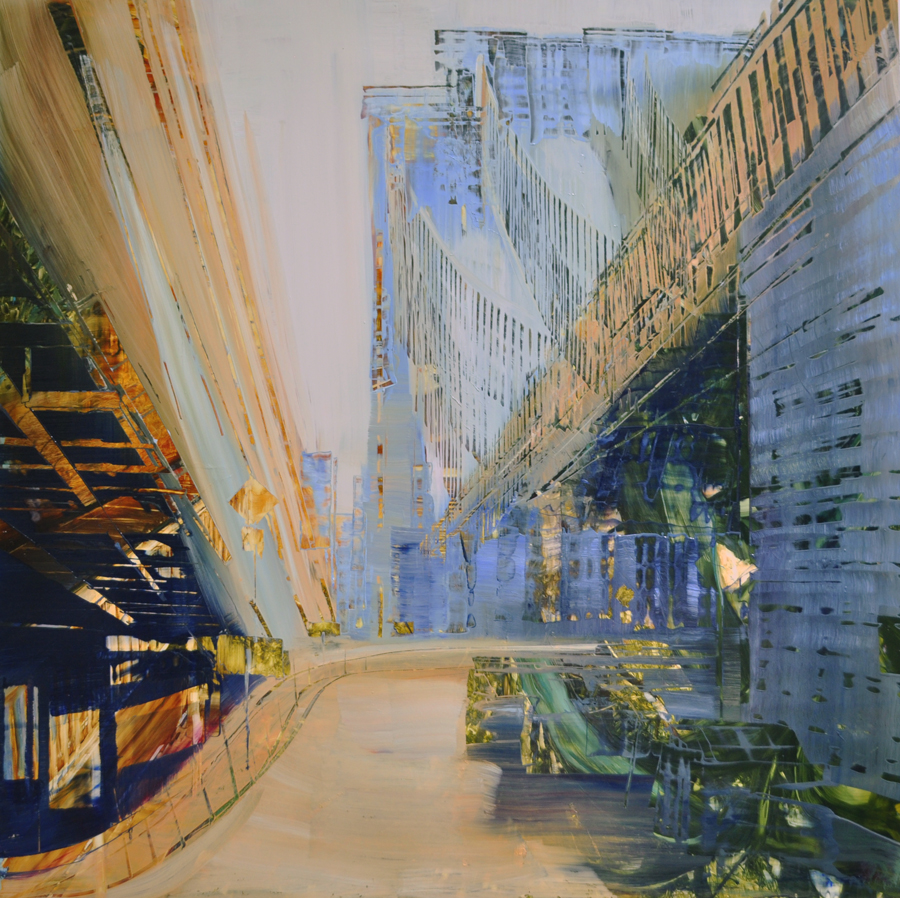 Example 5. Step 3, Individuation of parts like architecture and cars,

Example 6. Step 4, more layering of colors and multiplying lines/edges to generate a vibration and feeling of speed. Here is the work in its present state. 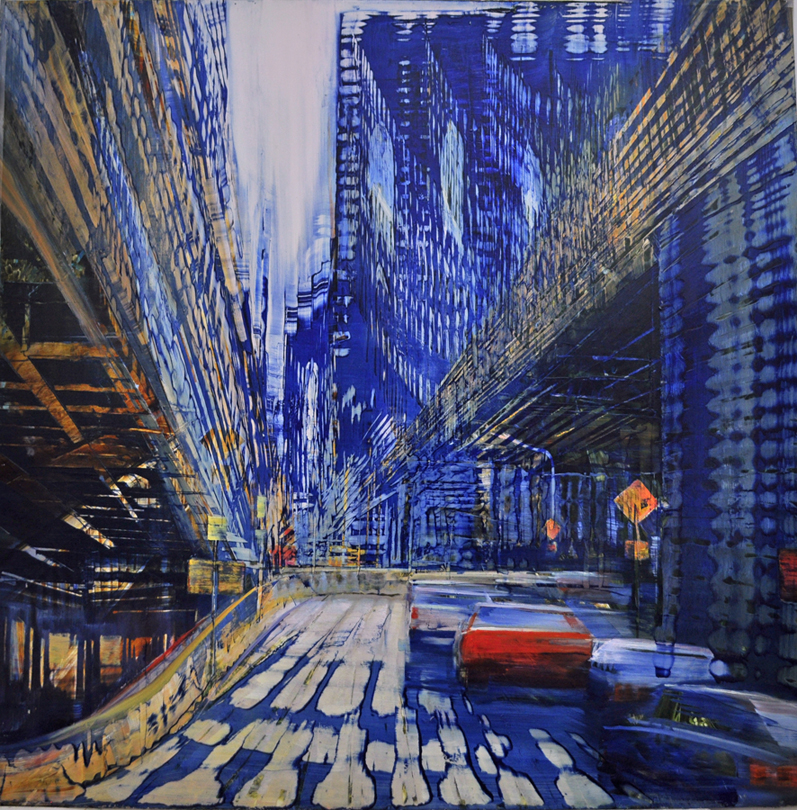 In my last example I begin with a sensation of colored air and texture (examples 5 and 6). There are no discreet edges yet. The work is completely atmospheric. This atmosphere receives an application of bright shapes whose overlapping arrangements suggest movement (examples 6 and 7).  Further luminosity is added to the atmosphere it this latest stage.

Example 5. Step one of “Last Leaves”, the atmosphere, 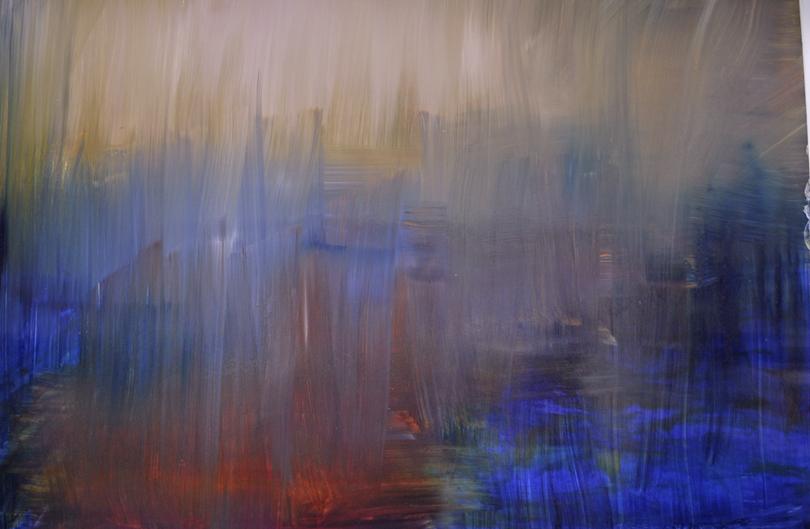 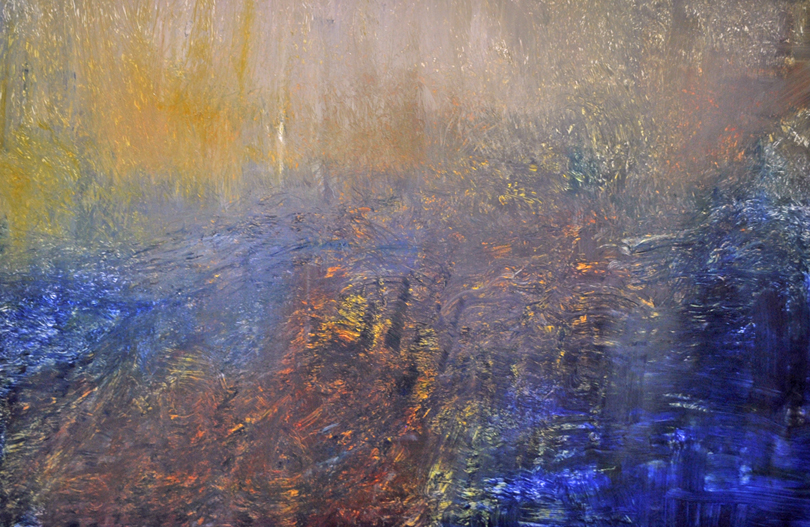 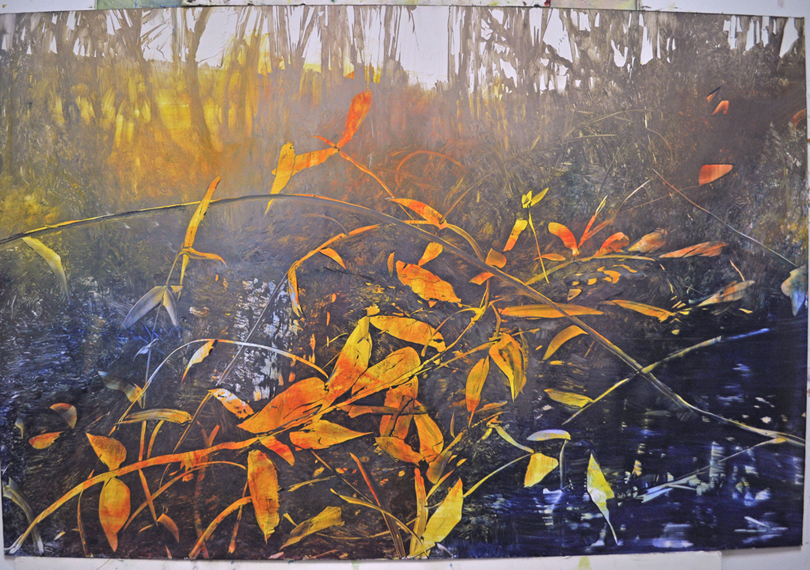 Example 8.  Step four, Blurring and brightening the distant atmosphere to propel the leaf shapes forward.  Further mosaic color patterns complicate the foreground. This represents the image in its present state. 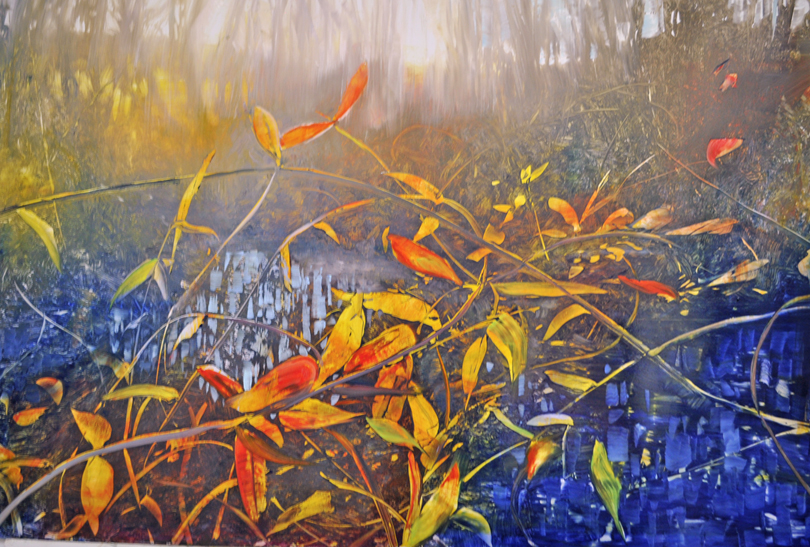