Ancient Roman artists painted cities with a three dimensional feeling of space. The allure of layered cities with geometric volume has captivated artists for thousands of years. In the Renaissance Giotto tried building convincing city spaces but, without a firm understanding of vanishing point perspective. That came a bit later. After the mid 15th century any artist hoping for employment had to know the principles of linear perspective. With this knowledge artists could invent plausible cities.

Notice that we look up at Bellotto’s buildings but down to the Plaza and street. 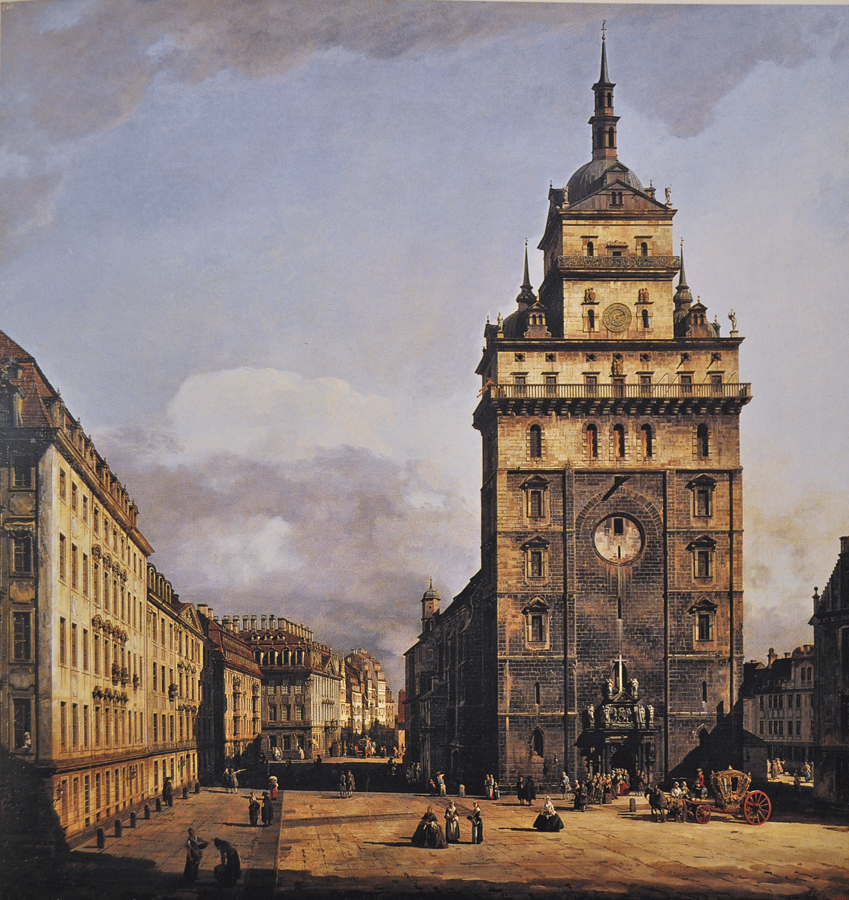 Artists could decide where to place their point of view or their camera obscura box to give a long flat sense of perspective as you see in example one. Or, they could elevate the device or raise the eye-level to give a higher feeling of elevation to the viewer. Artists still use these principles today. I have a diagram in example 2 which illustrates how this works.

Box I has a lower eye level while box II has a higher eye level. The width of the road at the ground plane (bottom of the picture) stays the same. Notice that trying to arrange to see the tops of buildings makes them appear more squat in Box I while we feel more opportunity for looking over taller buildings in Box II. Box II elevates the sensation of the viewer. I have two examples demonstrating this. 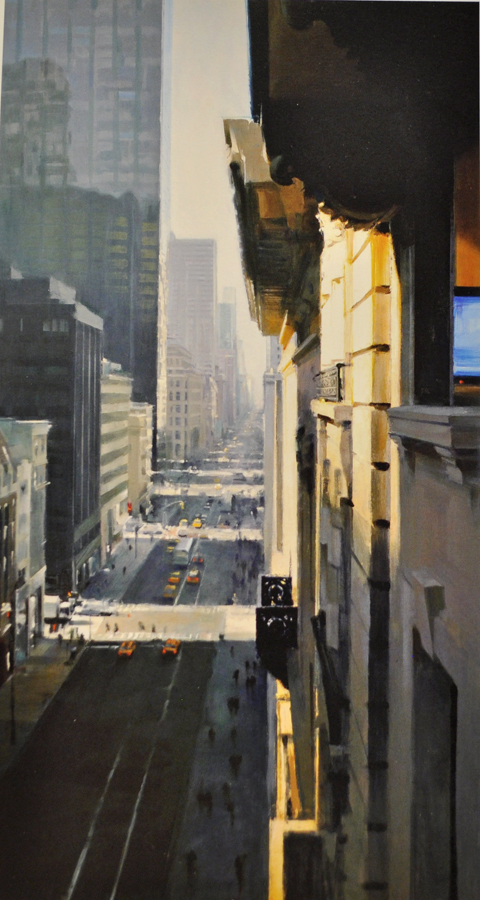 Example 4. David Dunlop, looking up the East side of Manhattan from the Manhattan Bridge, 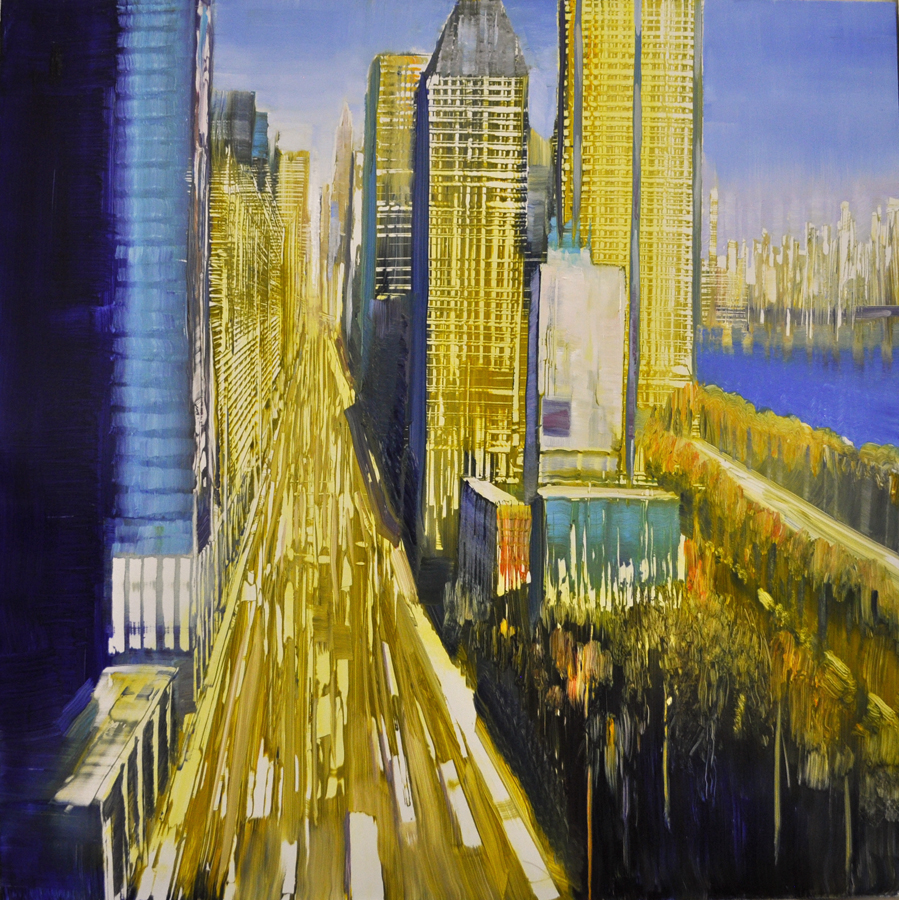 Example 5, “Times Square Effects” lowers the eye level a bit and broadens the scope of the plaza (roadway) to begin outside the frame. This lowers the viewer’s feeling of proximity to the roadway and increases foreshortening effects. 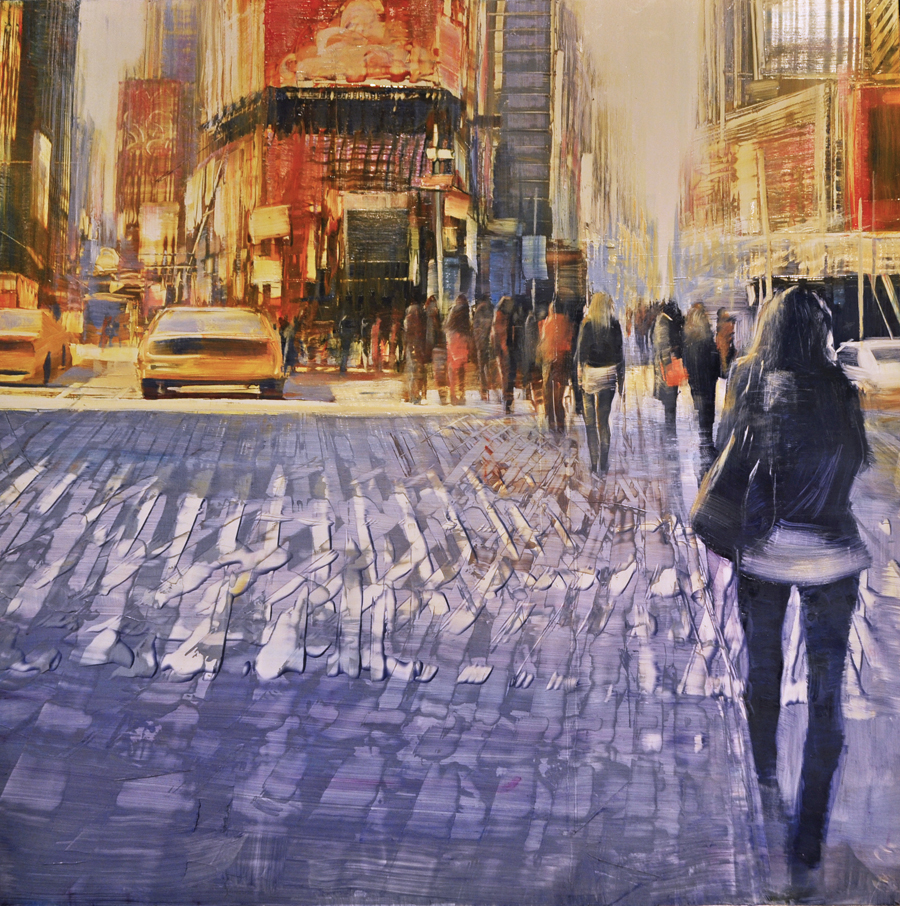 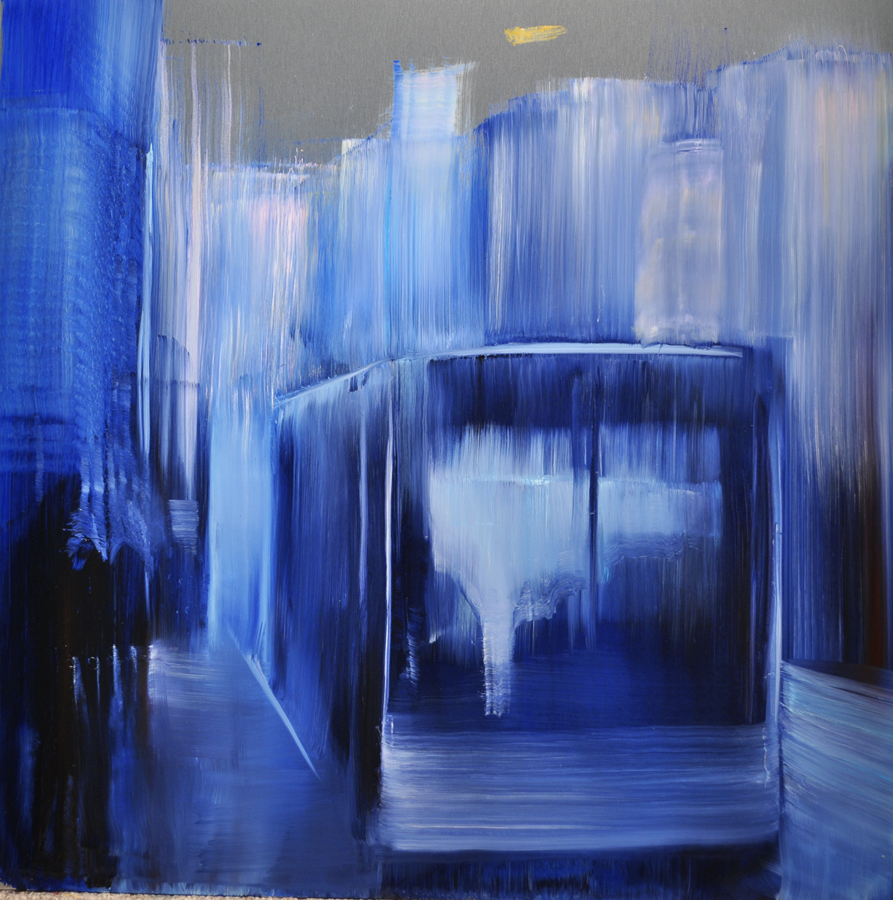 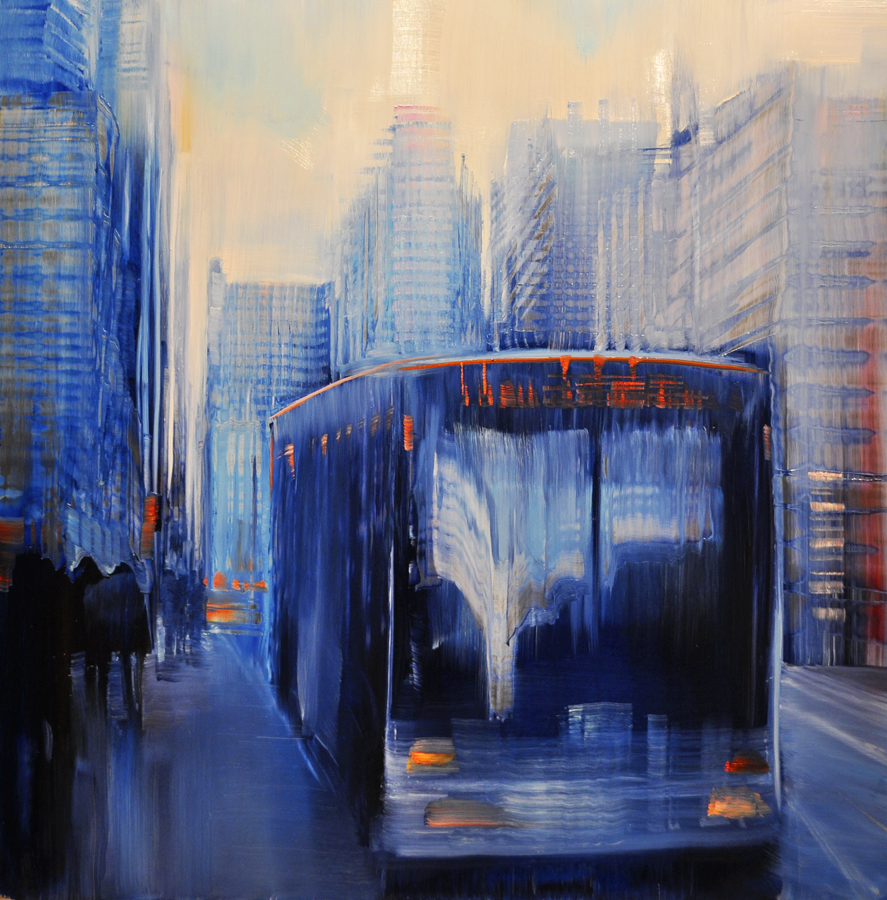