Painting and Architecture share a fanciful history. Ancient Roman artists enjoyed describing architectural space in frescos and mosaics. Their images were not what we today call realistic. But, they were perceived that way then. Audiences shift their needs and perceptions over time and cultures. Giotto’s frescos of architecture and people were seen as remarkably real by their 14th century audience. At the time no one had seen a more effective use of perspective or such naturally realized faces before (example 1). 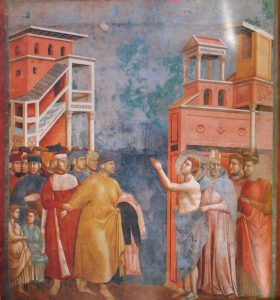 The contemporary 14th century viewer was unaware of the lost artistic accomplishments of the ancient Romans and Greeks. We are more richly informed today. Artists today have a broader menu from which to browse for visual ideas.  We have seen the 18th century inventions of Piranesi (example 2), the cubists reinterpretation of space and forms in the early 20th century (example 3), and later expressionist distortions of cities and buildings. 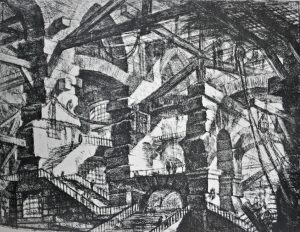 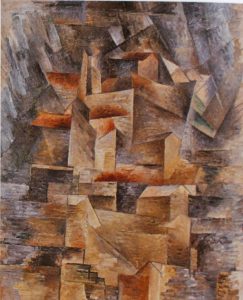 We have watched software programs help artists contort perspectives. Studies in the biology of vision have begun to show us the difference between what we believe we are seeing and the images we manufacture in our cortex.  We never deal in realities. We only deal in communicable visual ideas. Our human evolution has given us a visual system which scans surroundings looking for anomalies, refocusing on small patches in the vast visual array in fractions of a second, thousands of times a day.  From our wandering, darting, incomplete scanning vision we assemble a mental image which we rather hilariously call reality. We insist we see reality until a magician levitates a railroad car on a Las Vegas stage. We know it can’t be true but we swear that’s what we see.

Distortions, exaggerations deliver a greater emotional impact because of their perceived difference from our constructed reality. It works on the stage, in the movies and in painting. So, artists take the liberty of distorting, exaggerating, and blurring in order to attract more attention and get your mind’s eye to wonder. The Piranesi “Prisons” I showed in example two was an invention of his mind, hand and memory.

If I find a widely recognized motif then I freer to distort it without fear of losing its tether to recognition.  In fact, with greater familiarity comes a greater license to distort. Through distortion we can discover the emotional core of the motif,  the magic of its allure.

George Bellows expressively painted the Queensboro Bridge in New York as opposed to many other bridges because, he could play with it and its surroundings.  He didn’t need to be faithful to a landscape of fact (example 4).  And, when I take a very pedestrian photo of that bridge I know I can take great liberties with it to heighten its psychological effect (example 5).  Example 6 presents my initial manipulations in Photoshop. Example 7 presents the painting that resulted from these playful explorations. 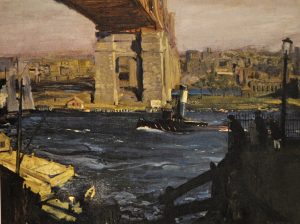 Example 5.  Step one, my deliberately ordinary and uninteresting shot of the Brooklyn Bridge. 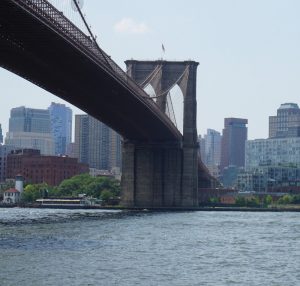 Example 6. Step two, initial manipulations of the photo with others, 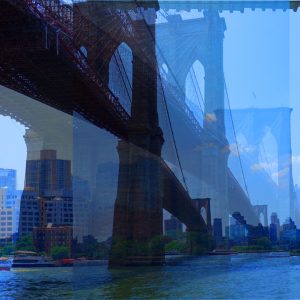 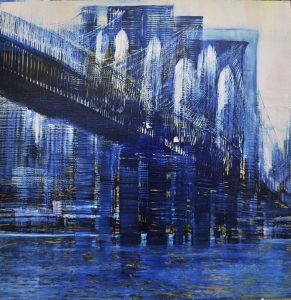 Having painted many views of the interior of Grand Central Terminal in New York I am freer to invent, to improvise. My familiarity with the subject has allowed me to make distillations and exaggerations of elements in the motif. For example see the following sequence of steps, from extremely loose and vague to a territory with greater legibility but, with sustained exaggerations and blurring. (See examples 7, 8 and 9). 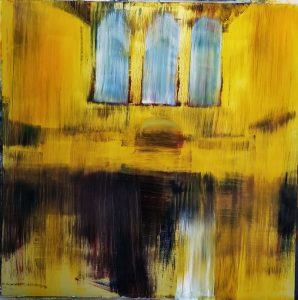 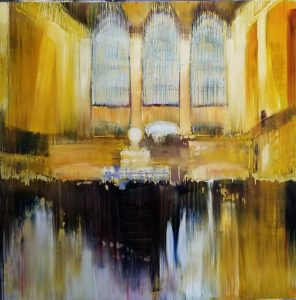 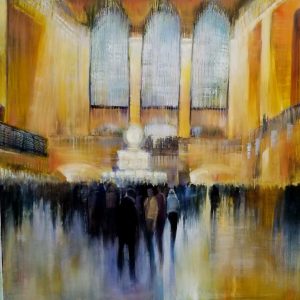 I invite you to join me in January for my on line zoom classes. I provide historical talks, demonstrations and critiques of your work (if you would like) using digital drawing tools.  Register at daviddunlop.com There are several class options to choose from:  three Saturdays or three Tuesdays or both or, a one day Webinar held at the end of the month.